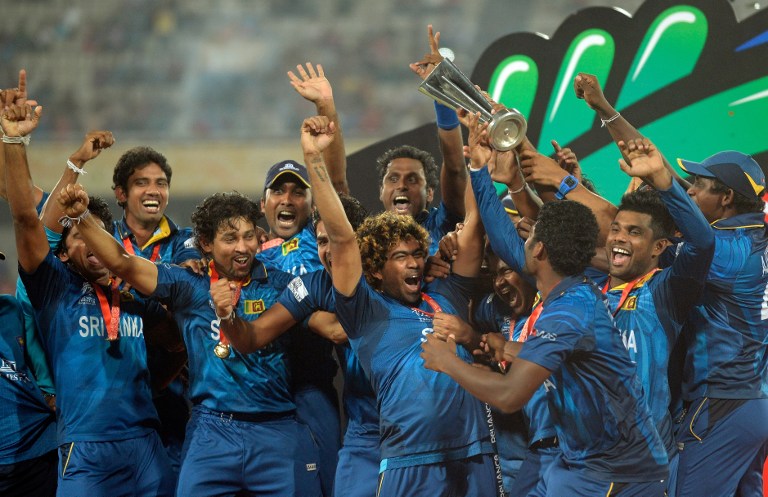 As the team approached the final stages of the tournament, anxious Sri Lankan fans were hoping that an often self-destructing Pakistan team would favour Sri Lanka in a semi-final, and they hoped for a South African side in unfamiliar conditions as their opponent in the final. The players however had no such concerns about their opponents, for in their journey to the final of a yet another World Cup, they had to overcome their toughest opponent — their employer!

Just days before the team departed for Bangladesh for the World Cup, the newly-crowned Asian champions were ‘rewarded’ with a fierce battle by their employer over their new contracts. On the day before their departure, they were reportedly threatened with termination and were only certain of their participation in the tournament just hours before boarding the flight.

Dinesh Chandimal and his team departed to Bangladesh perhaps as the only team in the entire competition deemed as being too unreasonable and uncompromising to be offered a central contract by their employer. If the players thought they had overcome their greatest challenge yet, little did they know!

Mahela Jayawardena and Kumar Sangakkara were forced to put aside their World Cup preparations and publicly defend their professionalism, character and loyalty to the country in yet another sinister attack fuelled through the media, apparently by an individual within the organisation they work for (SLC), and it was all over open, honest and sincere comments that the players had made while in Bangladesh about their T20 retirement plans.

There is no wonder then why Darren Sammy felt divine intervention was behind Sri Lanka’s march to the final. For a team to fight the way the Sri Lankans did, after being battered, bruised and almost buried by SLC officials before even playing a game at the World Cup; there needed to be just that — divine intervention!

To the millions of adoring fans of the Sri Lankan team, the force that propelled this team through to the final stages of the World Cup was no secret nor was it an intervention by the Almighty. For years, the two iconic players of their team, Sangakkara and Jayawardena, have played their cricket with honour, passion, commitment, and loyalty towards their nation, steering the ship and lending their leadership expertise. The loyal Sri Lankan fans knew that there was only one way they were going to leave this sport, and that was as world champions.

While Jayawardena and Sangakkara deserve the accolades they receive, this World Cup win was an example of the great results that can be achieved when the tour management, coaching staff, selectors and the players all come together to mastermind a great plan and execute it to perfection.

If there was ever a hand played by the Almighty, it was probably the act of having David Boon hand a one-match suspension to the terribly out of form, but gracefully humble captain Chandimal.

When faced with defending what turned out to be one of the lowest winning targets against New Zealand in a must-win match, the team rallied behind two leaders Jayawardena and Sangakkara, who are perhaps the most seasoned campaigners of having to overcome adversity, to earn Sri Lanka a semi-final berth.

Faced with many challenges ahead of the semi-final (including the decision over picking the available but out of form Chandimal, playing at a new venue and facing a confident, swashbuckling opponent), the players, tour management, coaching/support staff and the selectors made a number of brilliant decisions. Perhaps the best and possibly the bravest of those decisions was to debut — at such a crucial stage of the competition — the right-arm leg spinner Seekkuge Prasanna.

The gutsy calls made ahead of the final match also turned out to be a masterfully planned and a brilliantly executed script. Conventional wisdom called for Sri Lanka to field the same winning team they played in the semi-final and bat first and defend with their greatest strength: bowling. However, the think-tank very cleverly assessed that India’s greatest strength is to chase, and more importantly, the world’s best batsman Virat Kohli was unstoppable during a chase. Having decided on chasing, the team needed to bolster their batting and needed to pick between Chandimal and Thisara Perera, who played this tournament almost purely as a batsman. The choice of Perera proved to be yet another brilliant move, as it was he who eased the chase with his aggressive batting towards the end.

The fielding was most-certainly the best seen by a Sri Lankan team in the recent past and bowling, especially at the death, and it was perhaps the best in the tournament. All coaches, including the fielding coach Ruwan Kalpage, bowling coach Chaminda Vaas and batting coach Marvan Atapattu deserve a lot of credit, along with the head coach Paul Fabrace.

Chief selector Sanath Jayasuriya has faced stern criticism lately, primarily as a result of his association with a very unpopular cricket board. However, Jayasuriya and the rest of the selectors too deserve a lot of credit for making some sensible decisions, especially during the latter part of the tournament.

What started out as a journey that perhaps felt like ‘going through hell’ for this team of amazing individuals thankfully ended in World Cup glory. This win is indeed a great testament to their will power, hunger for success, passion for the sport, commitment for their motherland and their ability to overcome adversity.

Darren Sammy might still call it a divine intervention, but Sri Lanka may think otherwise and consider it a victory for good over evil.