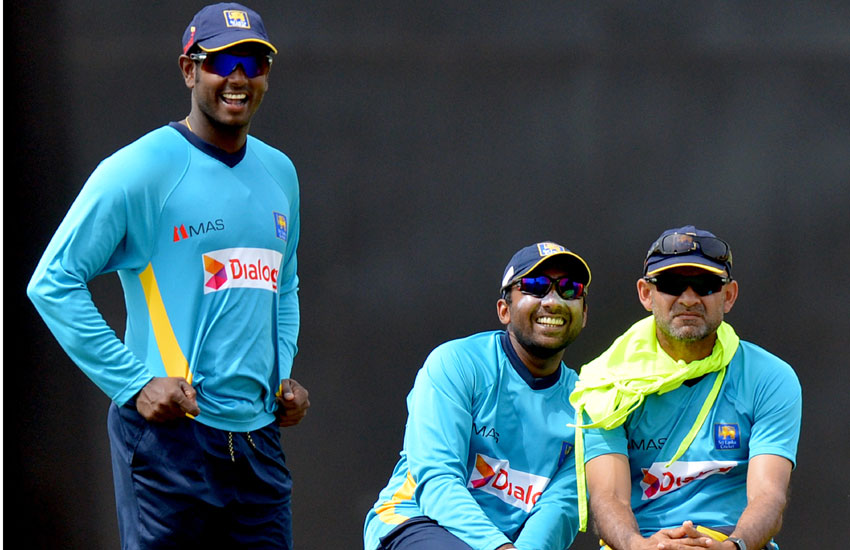 After 15 years Sri Lanka Cricket has rolled the dice and betting on a local as the Head coach of the national cricket team. Last time the team had a local coach, does not bring greatest memories. Although, then coach; Roy Dias had little to do with the ugly team politics which made sure of the Sri Lanka's worst World Cup campaign after peaking in 1996, it did no favors to the idea of handing over the reins to local coaches. The inception of school of thoughts: "local coaches create factions within the team" took place successfully.(again this was not true since factions were created due to Ranatunga not getting the team he asked for & not because of Roy Dias).

This time around, when Marvan Atapattu is appointed as the full time head coach, there is even something more to support the afore mentioned school of thoughts: Since Atapattu has played in the team with Kumar Sangakkara and Mahela Jayawardene;there will be even more fuel for fire of team politics… fair enough. There is always an element of doubt until it is done and dusted, but it shouldn't be forgotten that according to the same doubters Sangakkara and Jayawardane should NOT be playing today as Sanath Jayasuriya became the Chairman of Selectors(for well known reasons). The reality is they still are playing and probably playing best cricket in their careers. So much for the element of doubt then..

As parties of a "Sri Lankan" cricket team, Atapattu,Jayawardane and Sangkkara WILL NOT face the greatest challenges on  the field from their counterparts from other teams.NO. All three of them will face the greatest challenges from within Sri Lanka. More specifically from the 'bankcrupt' journalists + the 'gossip' sites who will sell their mothers for cheap publicity for their so called media outlets.
Most recent and hilarious examples are the last years' news reports(with no source) about the Sri Lanka's bowling coach; Chaminda Vaas. According to these so called 'journolists' there was a serious rift between Vaas and spearhead Lasith Malinga and all hell was ready to break loose(which included headlines; Malinga ready to retire from interantional cricket ;Vaas considering resignation)
After those so called 'news reports'(with NO source) followed probably the most successfull year of Sri Lankan cricket history.So God Bless those 'sourceless' reports and the 'journos'.

Have no doubts they WILL BE at it again,probably with a catchy headline like;  'Round 2:Atapattu vs Mahela/Sanga' and admittedly some fans will buy it, just like they bought: Sanath vs Sanga, Vaas vs Malinga earlier.

However it(fans buying that rubbish) will be not as significant as Atapattu,Jayawardene and Sangakkara buying into those news reports/gossip etc. Judging from the signs thus far, there is more than reason to believe that all three of them know better and highly professional about their jobs and duties.

On a side note: there will always be haters; who will be lining up right about now to declare it was Atapattu's fault if (God forbid)Sri Lanka have an ordinary World Cup campaign next year and if Sri Lanka even have slightly successful campaign they will declare it was just 'seniors pulling their weight' as they've been saying in the last two months.