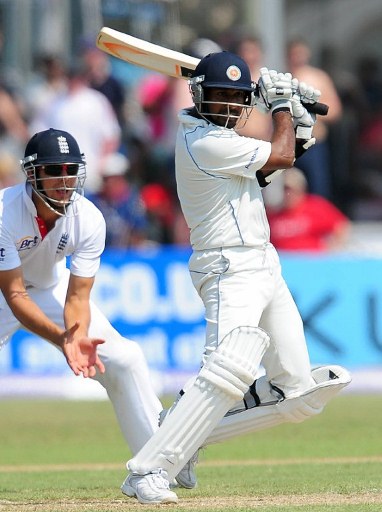 Before this first Test against England, I said things I now regret. I was adamant that Dinesh Chandimal should be the wicketkeeper in this Test match and felt that Chamara Silva should play at your expense. This was not intended to slight you, as you have served Sri Lanka admirably over the years. But I felt it was time for change and there was an opportunity to bolster the middle order, even ignoring the fact that you are clearly one of the top pure wicket-keepers in world cricket.

I was wrong. To even refer to you as a ‘pure’ wicket-keeper is to subtly insinuate that that you are lacking in other areas of your game. In one entertaining afternoon, you set about showing me how wrong I really was.

As I watched you marshal the tail and steal nearly 90 runs for the last two wickets, it struck me how much value you really bring to this side. Your average since 2010 is over 40, a tremendous achievement for someone who bats at number 7 (let’s face it, there’s only one Gilchrist!). I am certain your surname prompts unfair and completely unwarranted comparisons with your namesake. Some might also say that your very presence is what allows Kumar Sangakkara to be one of the most dominant batsmen in world cricket, but that too is an underhanded jibe against your true value.

Perhaps I took your brilliance behind the stumps for granted. It’s a devilishly complicated and physically draining art, and one that you perform with so much grace, enthusiasm, and energy. We are quick to gush about the elegance of a Sangakkara cover drive, or marvel at Tillakaratne Dilshan’s beautiful brutality, but the same adulation isn’t forthcoming when you make a diving stop off some seamer’s leg side filth or pull off a stumping in the blink of an eye. It’s time we showed you more appreciation.

One day we will see Dinesh Chandimal wearing the gloves in your stead. But while he’s precociously talented, he’s shown us that there is much he still needs to learn about the intricacies of Test cricket, with his dismissal in the first innings being a prime example. Chandimal is the man of tomorrow. But you Prasanna Jayawardene, are the man for right now and you have my heartfelt apology.