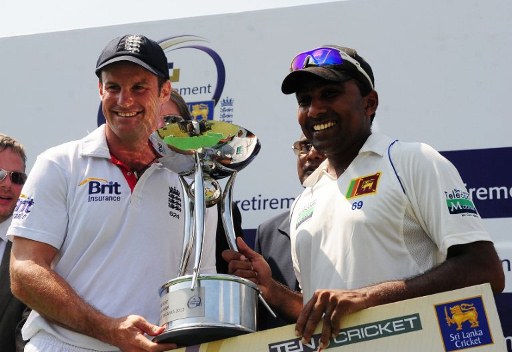 Sri Lanka still remains a long way from becoming a force in the longest form of the game. This may sound odd after sharing a series with the best Test team in the world but to dwell on this ‘success’ would be to ignore many weaknesses that are holding the team back.

The lack of a genuine, quality paceman has been a thorn in the side of Sri Lankan cricket since entering the Test arena. Watching James Anderson maul our top order in successive Tests made my heart sink, knowing full-well that we wouldn’t be able to return the favour. Suranga Lakmal, Chanaka Welegedera, and Dhammika Prasad rarely put fear into the hearts of an opposition top order. Our obdurate persistence with two pacemen in home Tests may well be a strategic blunder. Until we are able to uncover a genuine strike option, an allrounder such as Farveez Maharoof or Thisara Perera may have been a more viable new ball option.

In the 2005 Ashes, England shamelessly shored up their batting by replacing Simon Jones with Paul Collingwood in a Test they were desperate not to lose, a move that paid dividends. Surely this same desperation was in order for a team that hadn’t won a Test series since 2009? Of course, I understand that this is a short term measure. Once the administration gets their head above water, they would do well to look at developing genuine pace options for the future. In my mind, that man was always Lasith Malinga but the lure of IPL riches has meant that his considerable talents will be utilised outside the Test arena. Australia might have the depth to cover the similar loss of Shaun Tait but Sri Lanka sadly does not.

There appears to be a great deal of press lauding over the manner in which England have conquered their subcontinental demons, after rallying to win the second Test on Saturday. Their stubborn top order, with the addition of a Pietersen blitzkrieg, ensured that saving the game was beyond Sri Lanka.

For Sri Lanka, the England batting in the first innings of the Colombo Test was a reality check. Fresh from being monstered by Saeed Ajmal, England began their tour petrified of subcontinental tweakers. To his credit, Rangana Herath took full advantage of this trepidation and scalped 12 Englishmen by simply putting the ball in the right areas and not much else. I still have tremendous respect for him, especially given the number of overs he sent down, however, we need to understand that he isn’t Murali and never will be.

The timing of Ajantha Mendis’ injury was unfortunate, as his bowling would have introduced an extra element of uncertainty. Sachithra Senanayake is another bowler with an excellent record at first-class level who would be deserving of an opportunity. While I admire the tenacity of Suraj Randiv, I feel he doesn’t provide enough of a threat to justify his Test place. Throughout the series I have watched and admired Graeme Swann as he bounded in generating uncertainty, doubt and drawing mistakes from the Sri Lankan batsmen. He found his groove in the second innings in Galle and his abundant class shone through.

The clinical manner in which James Anderson destroyed the top order brought some more home truths to light. Anderson is a brilliant bowler, as he proved in the last Ashes series, but to do so in conditions where he previously averaged on the wrong side of 40 is a true testament to what he has become. However, to lose early wickets with such alarming regularity is an indictment of the Sri Lankan top order and the selection panel.

Lahiru Thirimanne plays the ‘grafting finisher’ role very well in one day cricket but playing the moving ball at the start of a Test innings is still beyond him at his current stage of development. Not having a decent opening combination isn’t a new problem but discarding Dinesh Chandimal was a major blunder. The manner of his two dismissals in Galle have come under scrutiny but make no mistake – this kid can bat. Early in his career, it’s evident that he is finding difficulty transitioning from the supercharged rush of the limited overs game into the serenity of Test cricket. I, however, have faith that this will come. Until then, he must be persisted with and facing the new ball may be his calling in the short term. Down the track, when the indomitable Prasanna Jayawardene calls it a day, I’d like to see Chandimal with the gloves and batting at six, with Angelo Mathews at seven.

The rest of the batting lineup isn’t without worries. Dilshan is the battering ram of the Sri Lankan team but on Test pitches that demand patience this, more often than not, comes unstuck. Dilshan’s natural free-flowing game is perfectly suited to flat wickets. But against pace and swing, he withdraws into his shell often unsure whether to attack or defend. Once again, it’s a fair question to ask whether Test cricket genuinely suits Dilshan. But that said, he is still one of the few batsmen in world cricket who can change the course of a game in a session and he will retain his position on the basis of this perceived upside.

Kumar Sangakkara is a different beast – one of the best there is and currently in a horrible run of form. Watching him dodder around for 21 runs off 100 painful balls in the second innings in Colombo was difficult but he’s due for a big one.

I can’t say enough about Mahela Jayawardene. Without him, we would have been torn to shreds in this series. This man is the heart and soul of the side and one of the most majestically beautiful batsmen of our generation, enough said.

Thilan Samaraweera has a role and performs it with aplomb. When his time comes, his spot might be taken by an older and wiser Thirimanne. But if a bullet can’t dislodge him, the current edition of Thirimanne has no hope.

From the point of view of an aspiring domestic cricketer in the Sri Lankan circuit, there is clearly an opening batsman’s spot or two up for grabs (please Sanath, don’t get any ideas). There is always room for a big fast bowler who takes wickets, as well as a spinner who can be an effective foil for the reliable Herath. In the next 12 months, four of the top five batsmen, including Herath, will be on the wrong side of 35 and the selectors should be looking at heading off a twilight scenario similar to the one that has caused problems for India in recent times. The Australian selectors made a tough call and removed Simon Katich while he still had something to offer with some success. Perhaps a similar tough call will be made on Dilshan or Samaraweera but I’ve learned to temper my expectations of rational behaviour from the SLC selectors over the years.

In closing, the lack of a third and deciding Test is a blight on the state of modern Test cricket. The series could have gone to the SSC or Kandy on a knife’s edge. The English invaders taking on the Sri Lankan stronghold but it wasn’t to be. One suspects that the IPL might have had some influence on such a fascinating series being cut short so cruelly. Still, I suppose the Sri Lankans need to do some paid work once in a while.