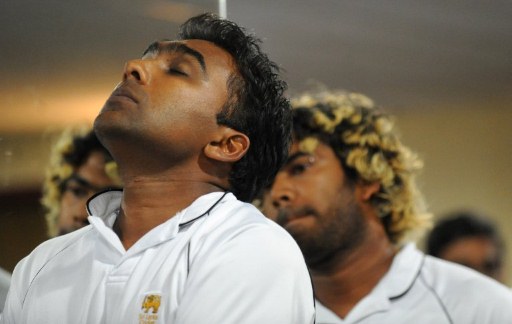 Mahela Jayawardene is the captain of Sri Lanka. Again. This is generally viewed as a good thing but there is a catch – he will only stick around on the job for a year. Of this, we are not sure about. In fact, we do not agree with it at all.

That Sri Lanka needed a change of captaincy was never in doubt and by and large Mahela was the only reasonable choice that Sri Lanka had. Sangakkara was never in the running because, while he was an average leader, he showed no interest in ever being at the helm once he had decided to step down. Actually, that is probably true for Mahela as well. But here we are.

To us the big question is how much can Mahela really achieve within a year? True, he is a great tactician and arguably the best leader since Arjuna but does he really have the Midas touch to put the breaks on this free fall?

Sri Lanka are entering another tough year of cricket. Immediately on their horizon are Australia and India. One side looking like all they want to do is behead the other team and laugh at the other team’s bleeding corpse and another team who are under tremendous pressure to perform and with a point to prove.

Remember, India are still world champions in the coloured stuff. Then, comes England at home. A team whose spin deficiencies have been found out in ridiculous fashion, at a time when Sri Lankans spin options are at their weakest. An Asia Cup is wedged in between.

If the FTP is accurate, Sri Lanka then have Pakistan at home. And going by Pakistan’s recent form, this will prove to be the toughest home tour for Sri Lanka this year, when Sri Lanka’s form has been a shadow of their former home dominance in decades.

The Kiwis then arrive with their new four-man pace attack. Sri Lanka against pace is not a battle I look forward to these days.

In short, Sri Lanka have seven home Tests (if the FTP is accurate) and a bunch of ODIs and the 20/20 WC at home. While it would be a good PR exercise for the team and Mahela to try and win the bastard World Cup, it wont really reflect how good a team Sri Lanka actually are.

Even if Sri Lanka do relatively well in these home tours, does that necessarily mean Sri Lanka are back on track? Taking on two teams who are relative rookies against spin on alien conditions and doing well will look good from the outside but wouldn’t not really offer gauge of substance. If they do well against Pakistan, then that can truly be counted as a victory. Or are Sri Lanka just so desperate for a performance worthy of their past, that any fight put up against these teams will be lauded as ‘Sri Lanka being back’? It’s a dangerous pit to fall into and Mahela, at least, will need to have that perspective.

The question that really needs to be asked is, what the end goal is of having Mahela as captain for a year. The quote from SLC is to add stability. Even if Mahela somehow manages to rally Sri Lankas fortunes and the team starts winning under him, how will stability be retained at the end of the year when he steps down? Sri Lanka will need to reinvent the wheel once again. We don’t claim to be experts but that somehow doesn’t sit well and sound right to us.

The biggest issue Mahela faces personally is scoring runs. This is another issue with appointing Mahela as captain, because at the moment, he is a liability as a player. Giving him the captaincy might mean Sri Lanka will need to carry him, in all formats, simply because he is the captain. That also does not sound right to us.

The best solution is for Mahela to retire from ODIs and 20/20s at the end of the year, giving him the year that he needs to sort through the rubble. And then split the captaincy and for it to be offered to Mathews for the short stuff, leaving Mahela to focus solely on Tests. Sri Lanka are at a stage where they really do not need him in the ODIs anymore. This was proved a little in the last couple of games in South Africa. This will allow Mathews to grow into his own man and have enough time to get ready for 2015. With guys like Dilshan and Sanga still in the team, it will provide enough of a influence on how to go about things.

For this move to have any substance, it cannot be capped at a year. Sri Lanka needs Mahela at the helm. And if his batting record as captain is evidence enough, then Mahela probably needs the captaincy as well.

What he achieves or doesn’t this year could well prove to be the ‘be all end all’ of it for Sri Lanka.

Of course, if the Mayans are right none of this will really matter at all by December.