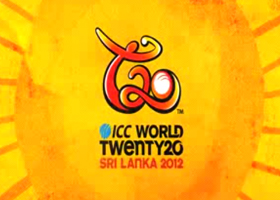 52 matches altogether will be included in the WorldT20 event. They will be played at different venues all around the island, with the R. Premadasa Stadium in Colombo expected to host 18 matches, Mahinda Rajapakse Stadium in Hambantota to host 13 matches, Palekelle International Stadium in Kandy hosting 9 matches and Rangiri Dambulu Stadium in Dambulla to host 12 matches.

As additional venues, Galle International Cricket Stadium and SSC has been named.

The sports ministry is planning special events to effect suitable promotional activities to develop cultural and tourist attractions during the event,with the collaboration of the Ministry of Economic Development and the Ministry of National Heritage to attract foreign tourist and cricket fanatics to the country when the nation for the event in September 2012.

It is expected SLC will use the services of Sri Lanka Tourism Development Authority, Sri Lanka Hotel Corperation and many other governmental and private organizations to make the event a success.

During the World T20, to fulfil the need of food and beverage and accommodation of the competing teams and also the incoming local and foreign tourists from Overseas, it is estimated about 25,000 hotel rooms will be needed.

Sports minister Mahindananda Aluthgamage has been working on this with the cabinet ministry.

“This is a golden opportunity to uplift the image of Sri Lanka to the world and also help the country’s economy” said the minster.

The ICC World T20 will be held over 20 days. Last year, Sri Lanka along with India and Bangladesh hosted the ICC ODI Cricket World Cup.