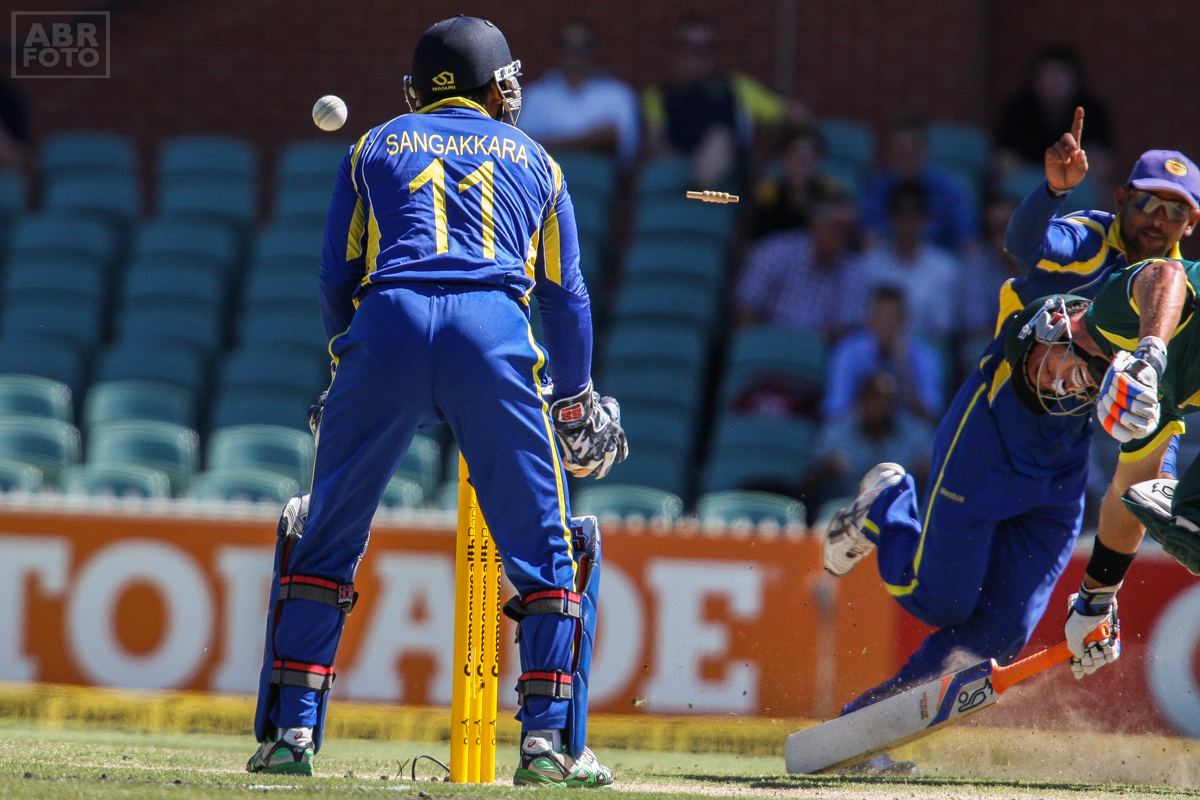 This is one of those rare shots, where you assume nothing will work in your favour, but you still manage to pull off the shot. Photographing a run-out is tough — a photographer has to make a quick decision on whether he wants to focus on the fielder, the batsman or the stumps.

In this instance, I thought I’d stay with wicket-keeper Kumar Sangakarra, hoping that he would run Michael Hussey out, and at least I would capture the celebration that usually ensues.

Tillakaratne Dilshan, however, took the wicket-keeper completely out of the picture with a direct hit and ran Hussey out. In the process, I managed to get Hussey in the frame, giving it his all to make it back to the crease.

Although the stumps aren’t fully visible, Sangakkara’s stance and Dilshan’s reaction, along with the bail flying in the air, suggests it was a direct hit.

This was an important wicket for Sri Lanka too, as it was the deciding final of the 2011/12 Commonwealth Bank Series, and getting Hussey out early and cheaply is a massive bonus for any side looking to beat Australia at the time.