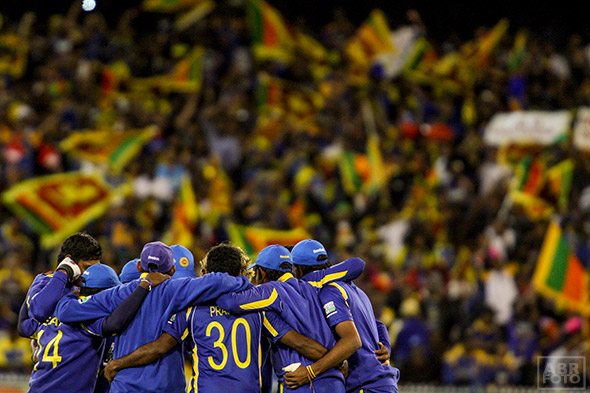 Australia had already qualified for the finals of the CB series 2012, but it was a must-win match for Sri Lanka. After a poor start to the tournament, where they lost their first two matches, the Sri Lankans had fought back with cavalier performances to find themselves back in contention. Coming into the series, Sri Lankan cricket was in a sad state; players hadn’t been paid, Tillakaratne Dilshan had resigned as captain and wins both in Tests and ODIs post-2011 World Cup were scarce.

With one wicket in hand, six balls remaining, 10 runs to win and David Hussey still at the crease for Australia, Nuwan Kulasekara stepped up to bowl the final over. His first ball angled in towards middle and off stump, Hussey opened up his shoulders and swatted the ball hard towards the boundary, only to be caught at deep mid-off by Dilshan. Sri Lankan players ran in from all corners, Dilshan fell to the ground like a marathon runner who just crossed the finish line and captain Mahela Jayawardene fell to his knees. After the initial celebrations, the team got into a huddle – this group hug in many ways symbolised the togetherness and encapsulated their ability to win even when the odds were against them.

As a sport photographer, I always have to make a judgement call as a match draws to an end. In this case, I took a punt and felt that Sri Lanka were likely to win. I also knew that if they did win, their celebrations would be euphoric. The reaction from the large group of Sri Lankan fans in the Great Southern Stand would be a similar one as well.

Going into the final over, I moved myself from deep mid-on to deep cover-point. There was a a good chance of the players running towards the bowler if a wicket was to fall. Hussey was also playing his big shots down the ground. However, the most important element was the background. With most Sri Lankan supporters waving a flag, it was a no-brainer; I had to have the Sri Lanka fans as the background. As fate would have it, the Sri Lankans won and formed a huddle at cover point, which was in direct line of the Sri Lankan supporters in the Great Southern Stand. By pre-empting what would occur and planning ahead, I got the shot I was after. It doesn’t always go to plan, but this is an example of what you can achieve when it does.