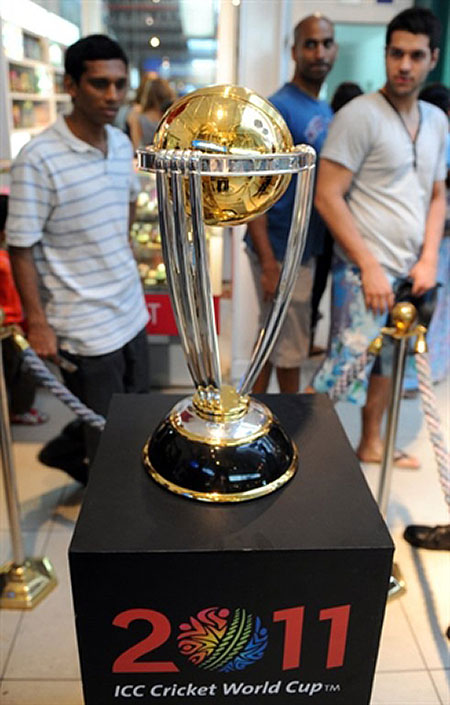 Sri Lankan shoppers walk past the 2011 ICC Cricket World Cup trophy on display at the Odel shopping mall in Colombo on December 24, 2010. The cup is on tour in Colombo, as part of preparation plans for the 43-day tournament that begins in February , 2011, across 13 venues in India, Sri Lanka and Bangladesh. The 14-nation showpiece held every four years, will end on April 2 at Mumbai’s Wankhede stadium. AFP PHOTO/Ishara S. KODIKAR.