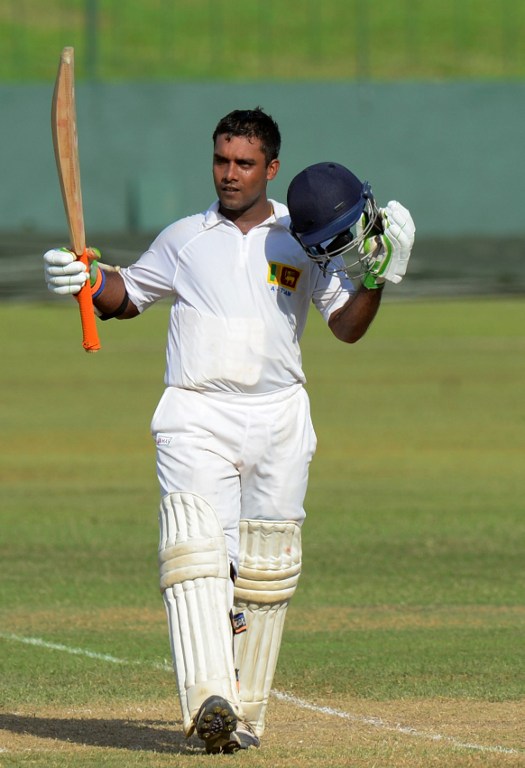 Udara Jayasundera raises his bat and helmet in celebration after scoring a century during the second day of the three-day practice match between the West Indies and Sri Lanka Board President's XI at the Sinhalese Sports Club (SSC) in Colombo on October 10, 2015. The West Indies are due to play two Tests, three one-day internationals and two Twenty20 matches before leaving Sri Lanka on November 13. AFP PHOTO / LAKRUWAN WANNIARACHCHI