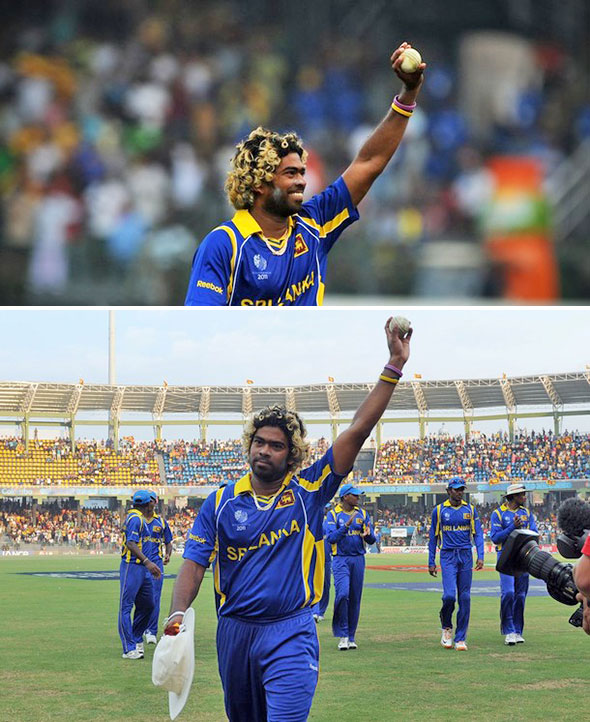 Lasith Malinga raises the ball to the cheering crowds, who gave him a standing ovation at the end of the ICC Cricket World Cup 2011 group stage match between Sri Lanka and Kenya played at the R. Premadasa stadium on March 1. Malinga decimated the Kenyan batting line up, picking up 6/38, which included a hat-trick, making him the only bowler, thus far, to have two World Cup hat-tricks. The right arm speedster is also the only bowler to have claimed four wickets in four deliveries, which he accomplished at the 2007 World Cup. AFP PHOTO/Ishara S. KODIKARA.