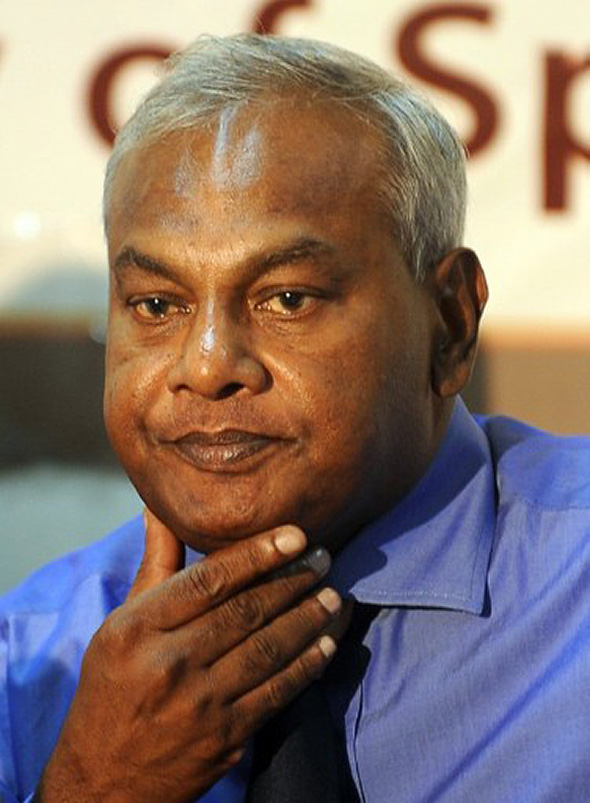 Newly appointed chairman of the Sri Lanka Cricket (SLC) interim committee Upali Dharmadasa at a press conference in Colombo on July 1, 2011. Sri Lanka’s sports minister Mahindananda Aluthgamage said he had forced the previous interim committee headed by Somachandra de Silva and Nishantha Ranatunga to step down, following allegations of financial mismanagement. Sri Lanka co-hosted the 2011 World Cup and was left with a 69 million USD bill, with media reports suggesting that mismanagement by SLC officials had been responsible for cost overruns. Dharmadasa’s new committee will serve for six month. Elections, the minister says, will follow in January. AFP PHOTO/ Lakruwan WANNIARACHCHI.