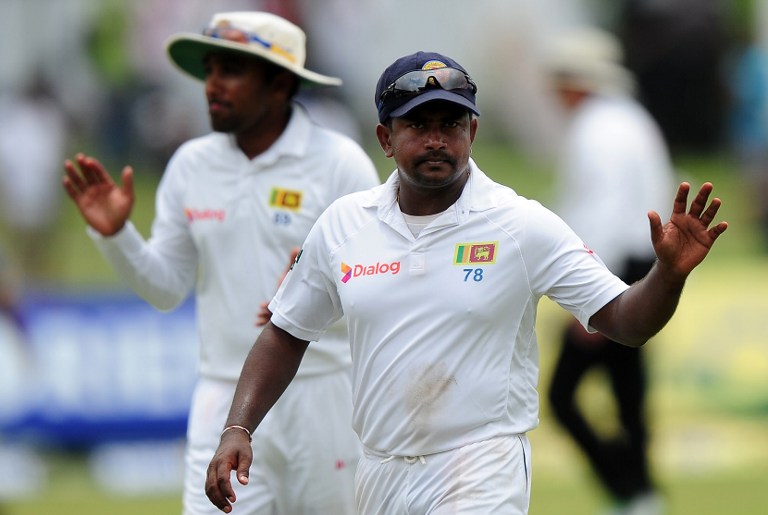 Sri Lanka’s left-arm spin king Rangana Herath acknowledges the applause from the crowd for his spell of 9-127, as he walks off the field at the end of Pakistan’s first innings on the third day of the second Test at the Sinhalese Sports Club (SSC) Ground in Colombo on August 16, 2014. The 36-year-old Herath became the first left-arm bowler to take nine wickets in an innings and only the second Sri Lankan after Muttiah Muralitharan to scalp nine wickets in an innings in Test cricket. AFP PHOTO/LAKRUWAN WANNIARACHCHI