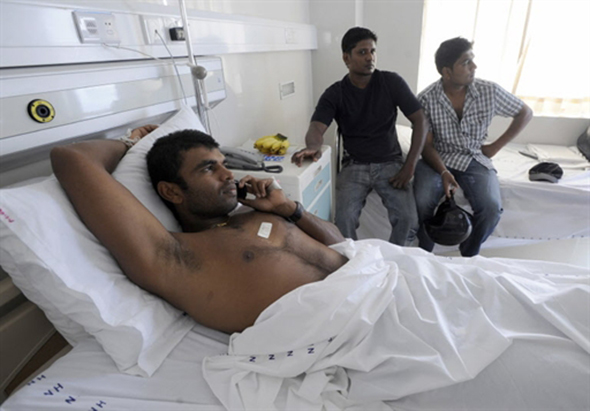 Sri Lankan cricketer Tharanga Paranavitana talks on his mobile phone as he rests on a hospital bed in Colombo on March 5, 2009. Paranavitana who had a bullet lodged in his chest and Thilan Samaraweera, who had shrapnel in his right leg, underwent surgery at a private hospital in Colombo hours after they returned to the island after surviving an armed attack by Taliban militants targeting the Sri Lankan cricket team in Pakistan. AFP PHOTO/ISHARA S. KODIKARA.