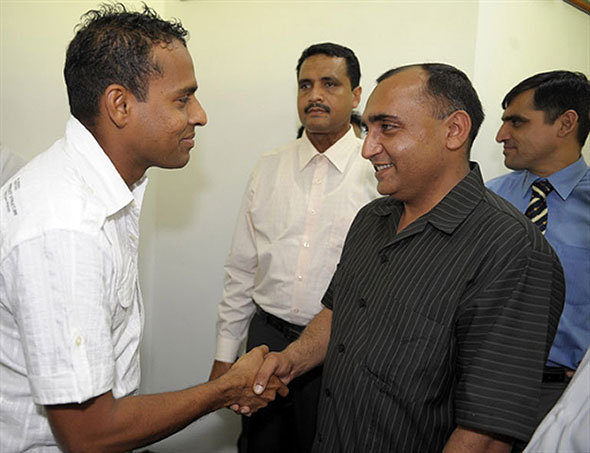 Taken on April 6, 2009 at SLC headquarters, Thilan Samaraweera thanks Pakistani bus driver Meher Mohammad Khalil during a felicitation ceremony for Khalil. Sri Lanka rewarded the Pakistani coach driver with 21,800 dollars for his role in protecting the island’s cricket team during the terrorist attack in Lahore in 2009. Meher Mohammad Khalil was hailed as a hero for driving the team to safety after their coach was attacked by suspected Muslim militants in the Pakistani city on March 3, 2009. Samaraweera suffered gun shot wounds and shrapnel injuries. AFP PHOTO/Lakruwan WANNIARACHCHI.