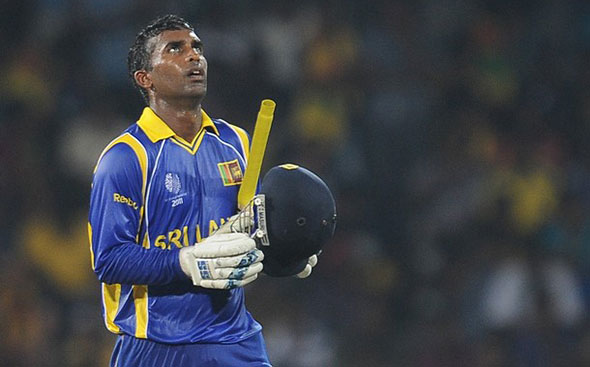 Coming back to the side after taking time off to grieve the passing of his older sister, Chamara Silva survived many a close call to score a valuable half century for his side in the run chase against Pakistan during the Group A match between Sri Lanka and Pakistan in the ICC Cricket World Cup 2011 tournament at the R. Premadasa Stadium in Colombo on February 26, 2011. In this picture, Silva looks up to the heavens as he reaches his half century. AFP PHOTO/ Lakruwan WANNIARACHCHI.