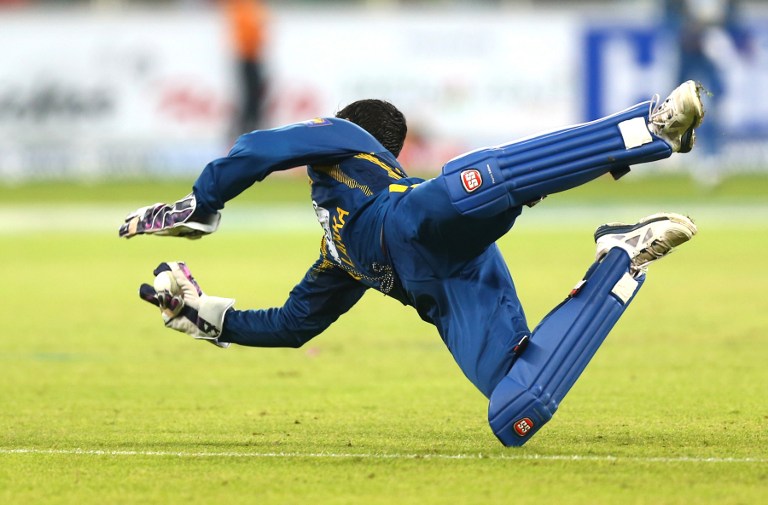 Just seconds after Shahid Afridi skied a catch behind the wicket, during the second and final T20 between Pakistan and Sri Lanka in Dubai on December 13, 2013, three fielders began converging on the ball, which appeared to have thrown off Kumar Sangakkara initially, but the Sri Lankan wicket-keeper leapt full length backwards to pull off a stunning one-handed catch to send the dangerous Afridi back at a crucial moment in the game. Sri Lanka eventually went on to win the match and secure a series-levelling win and they also retained their number-one ranking in T20s, which was under threat had they lost. © AFP PHOTO / MARWAN NAAMANI