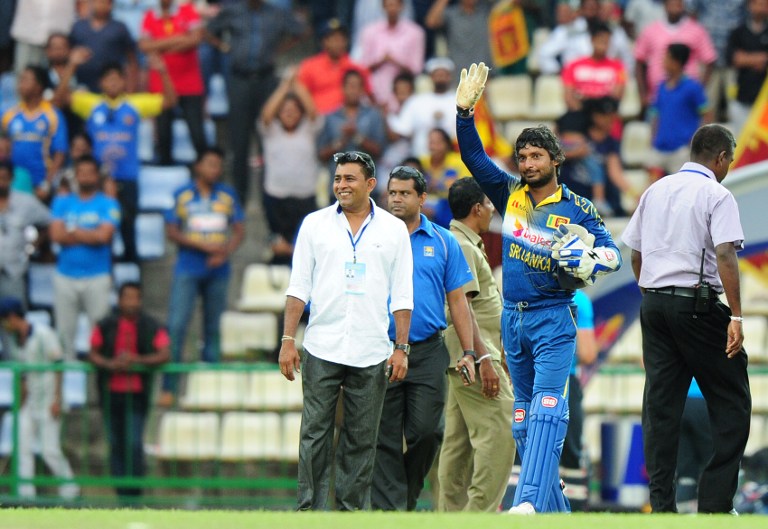 In his final ODI match in his hometown Kandy, Kumar Sangakkara waves to the cheering spectators after Sri Lanka defeated England in the sixth match of the seven-match series to win the series 4-2 on December 13, 2014, at the Pallekele International Cricket Stadium. Sangakkara will retire from ODIs after February's World Cup, making this his final appearance in Kandy. © AFP PHOTO/LAKRUWAN WANNIARACHCHI