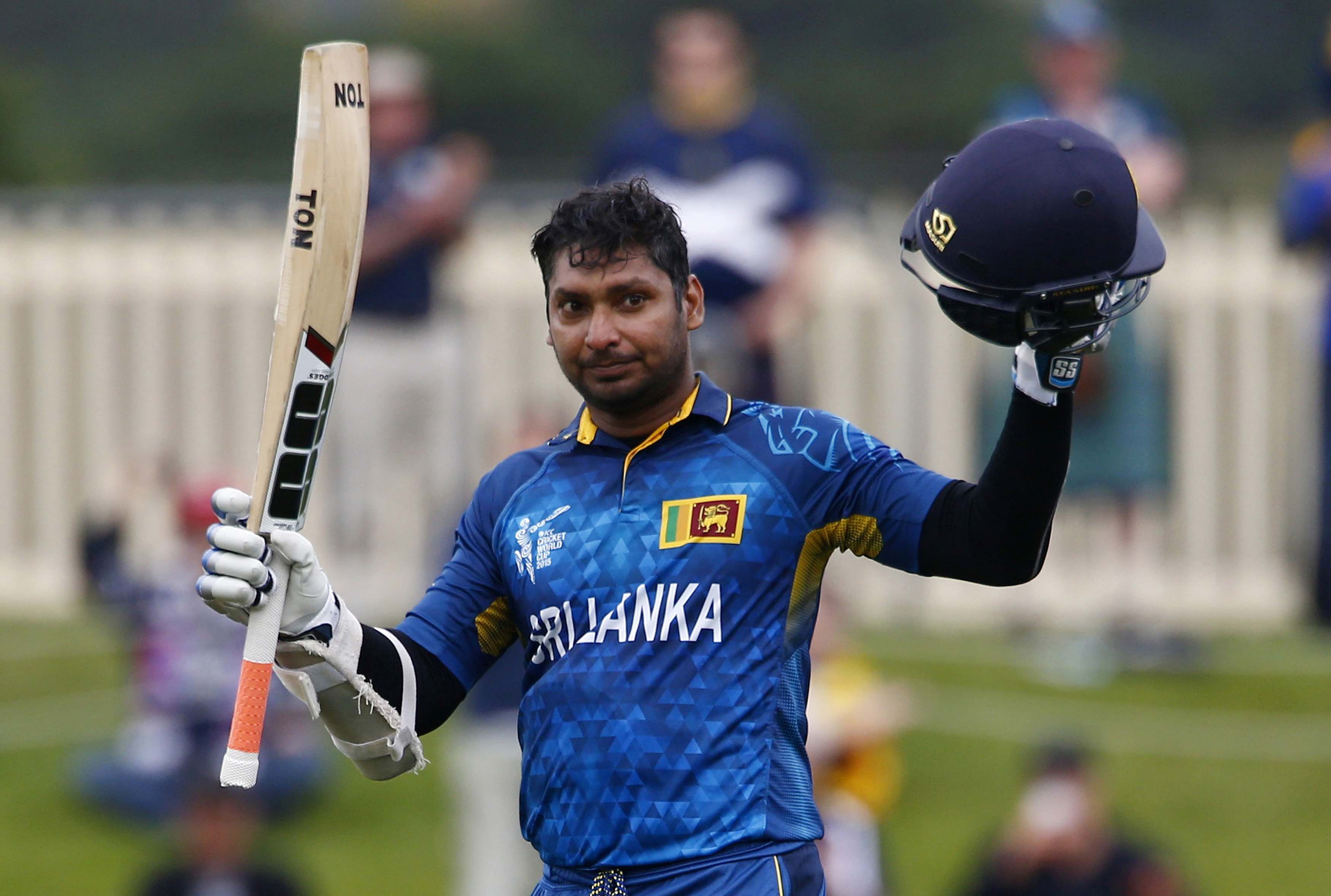 Sri Lanka's Kumar Sangakkara raises his bat to celebrate his century against Scotland in the ICC Cricket World Cup Pool A match played in Hobart on March 11, 2015. Sangakkara's century, which he made in 86 balls, was his fourth consecutive century at the World Cup. He is the only player to have achieved the feat. © REUTERS/David Gray