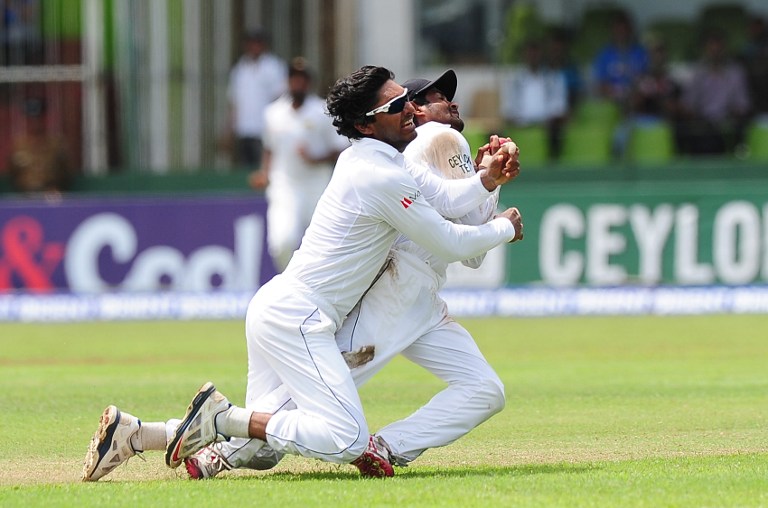 Kaushal Silva and Kumar Sangakkara collide as they attempt to take a catch off Wahab Riaz during the second Test match between Sri Lanka and Pakistan at the Sinhalese Sports Club (SSC) Ground in Colombo on August 18, 2014. Silva held on to the catch, allowing Sri Lanka to complete a 2-0 win in the two-match Test series. AFP PHOTO/LAKRUWAN WANNIARACHCHI