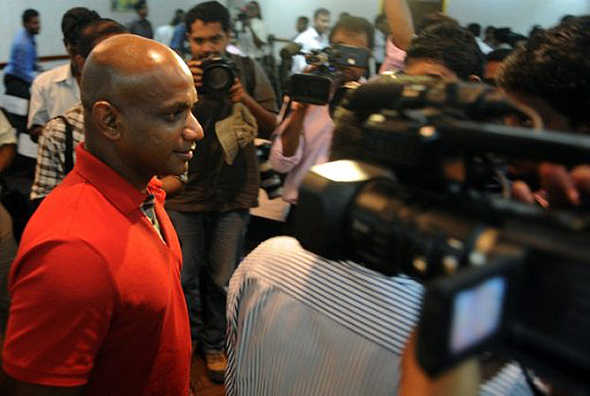 Sanath Jayasuriya interacts with media representatives, after addressing a press conference in Colombo on June 9, 2011. Sri Lanka has selected the veteran left-handed batsman for the forthcoming limited overs series against England, Ireland and Scotland. But shortly after being selected, he announced that he would retire from international cricket after just the first two matches of the series. Jayasuriya, who turns 42 at the end of this month, is the oldest player in international cricket. Now a ruling party legislator, he last played a one-day game against India in December 2009. AFP PHOTO/Lakruwan WANNIARACHCHI.