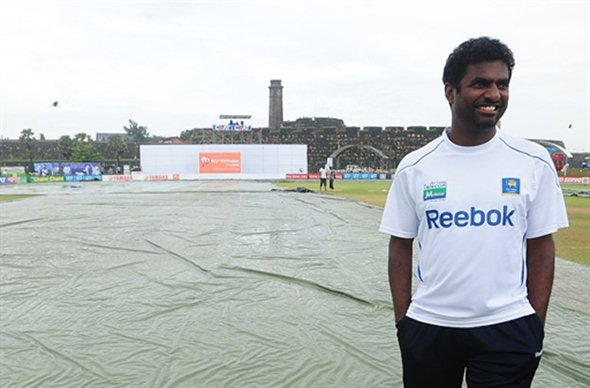 Muttiah Muralitharan inspects the pitch and outfield following rain that washed out the second day of the first Test match between Sri Lanka and India at The Galle International Cricket Stadium in Galle on July 19, 2010. Muralitharan earlier announced that he would be retiring from Test cricket at the end of this Test match. He is just eight wickets short of 800 Test wickets. If he achieves the feat, Muralitharan will become the first man to reach 800 Test wickets, but only if the weather gods are kind on him. AFP PHOTO/Lakruwan WANNIARACHCHI.