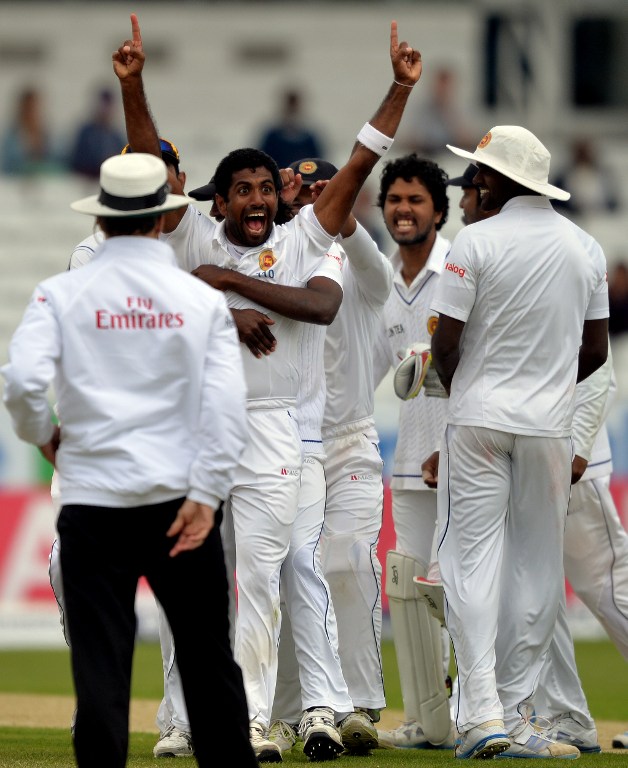 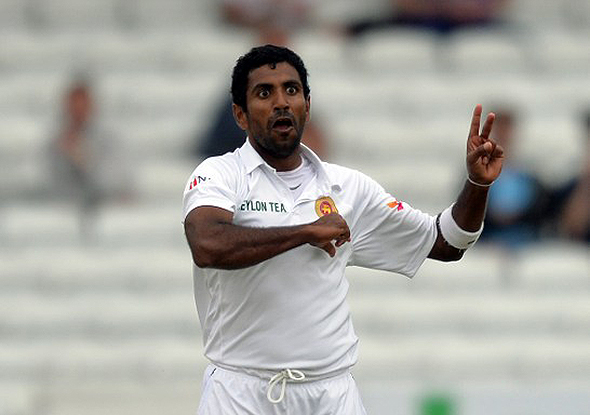 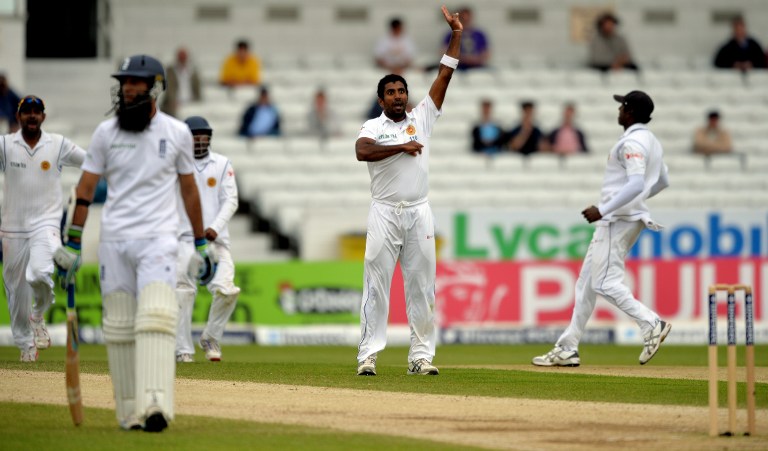 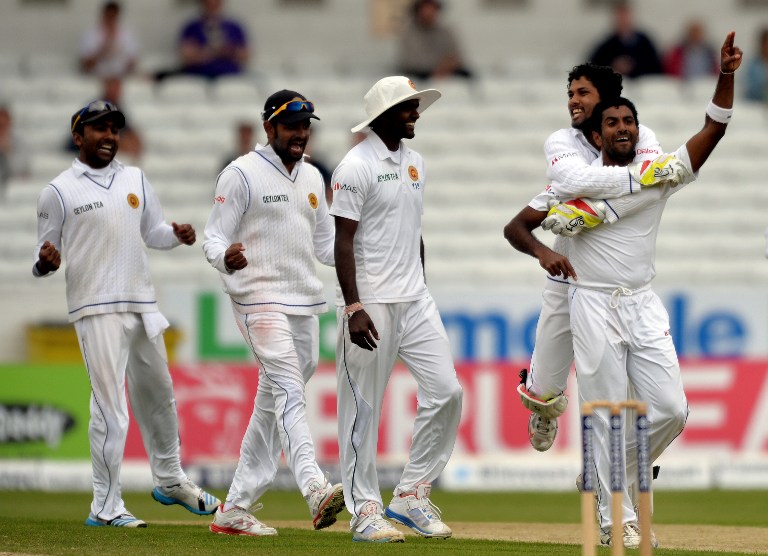 The ever-amusing Dhammika Prasad had much to celebrate during the second and final Test match against England at Headingley, which was played from June 20-24, 2014, as he recorded his first five-wicket haul in Tests in Sri Lanka’s historic victory. Sri Lanka beat England in a nail-biting finish on the fifth day of the second Test to win their first-ever Test series on English soil. AFP PHOTO/PAUL ELLIS