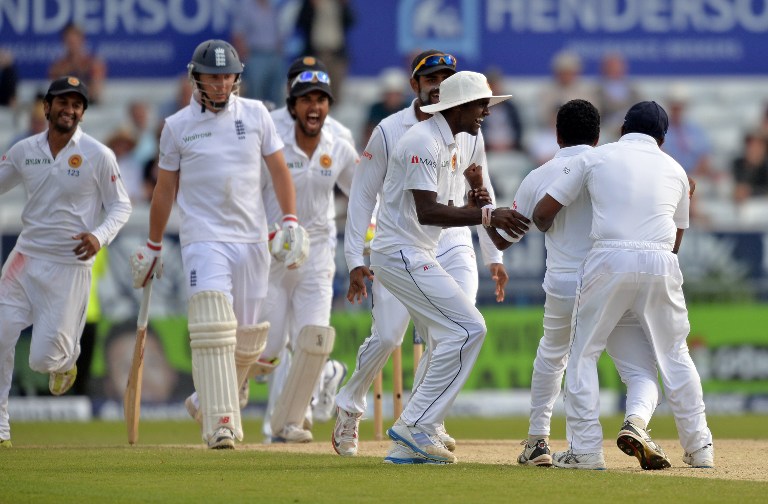 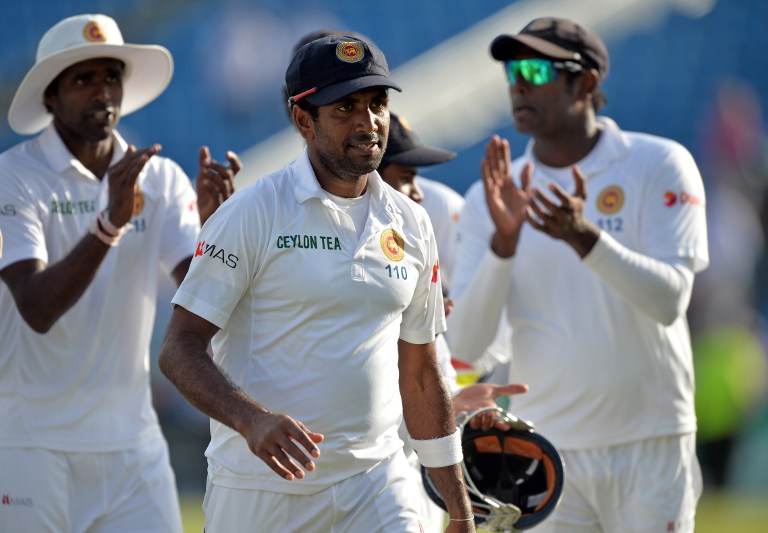 Dhammika Prasad ripped through England’s batting to take four wickets for just 15 runs in six overs, leaving the hosts facing defeat at the end of day four in the second and final Test match at Headingley on June 23, 2014. Sri Lanka, who have only won a one-match Test series in England in 1998, have never won a Test series consisting of two or more matches. AFP PHOTO/PAUL ELLIS