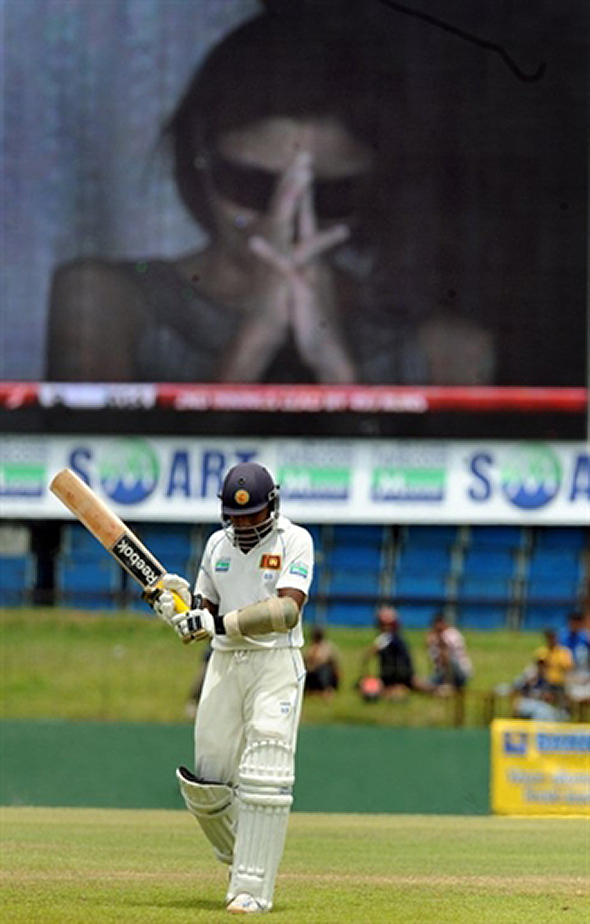 Mahela Jayawardene walks back to the pavilion after his dismissal just four runs short of another Test match century as the reaction of his wife Christina Sirisena Jayawardene is seen on the giant screen during the fourth day of the second Test match between Sri Lanka and New Zealand at The Sinhalese Sports Club (SSC) Grounds in Colombo on August 29, 2009. AFP PHOTO/ Lakruwan WANNIARACHCHI.