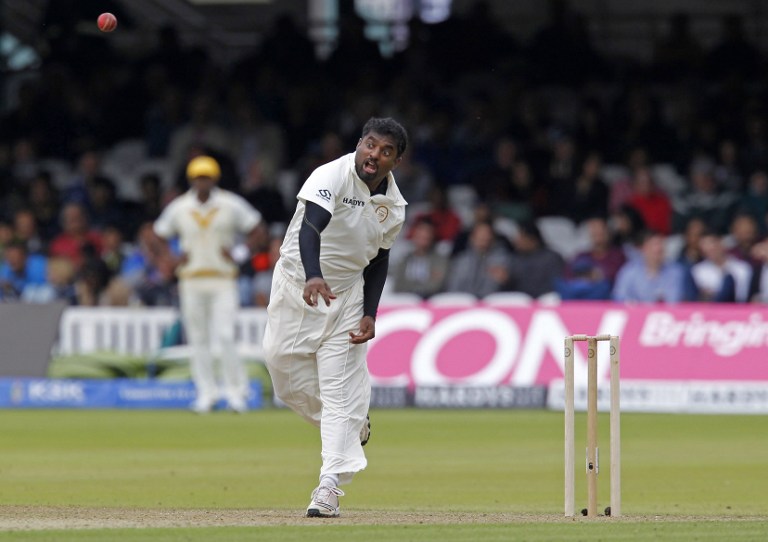 Sri Lanka’s Muttiah Muralitharan is pictured here in action for the Rest of the World team during the Lord’s bicentenary match between Marylebone Cricket Club (MCC) and Rest of the World XI at Lord’s Cricket Ground in London on July 5, 2014. The one-day fixture saw two star-studded sides featuring many of the game’s recently retired greats and current stars come together for a match celebrating the 200th anniversary of MCC’s move to its current headquarters ground of Lord’s in north-west London in 1814. AFP PHOTO/IAN KINGTON