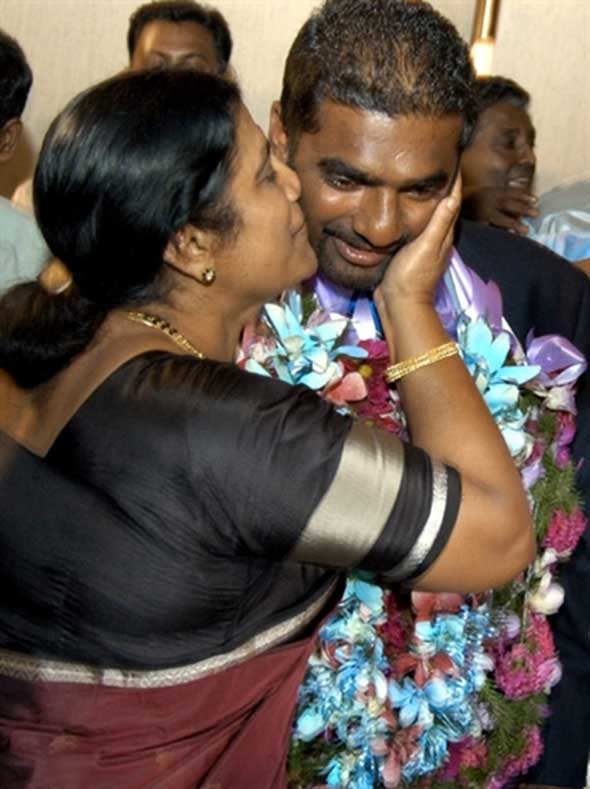 SRI LANKA, Katunayake : Sri Lanka’s star spinner Muttiah Muralitharan is greeted by his mother at his arrival at the Bandaranaike International Airport in Katunayake, 20 May 2004 after touring Zimbabwe where he set a world record for the highest Test wickets. Shane Warne subsequently surpassed Muralitharan in October 2004 to take the record when Muralitharan was out of action due to a shoulder injury, only to lose it again to Murali in 2007. © AFP/STR.