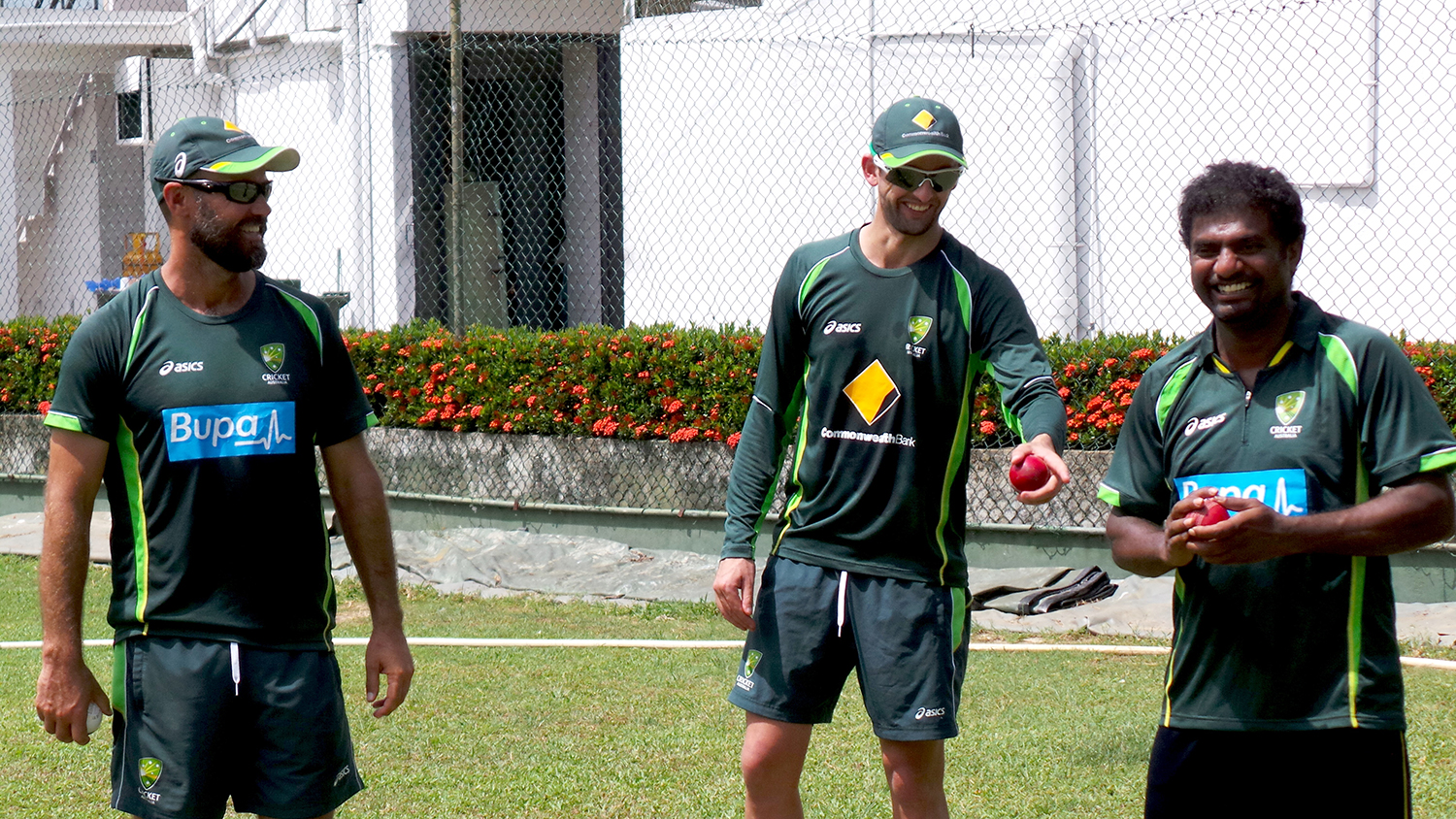 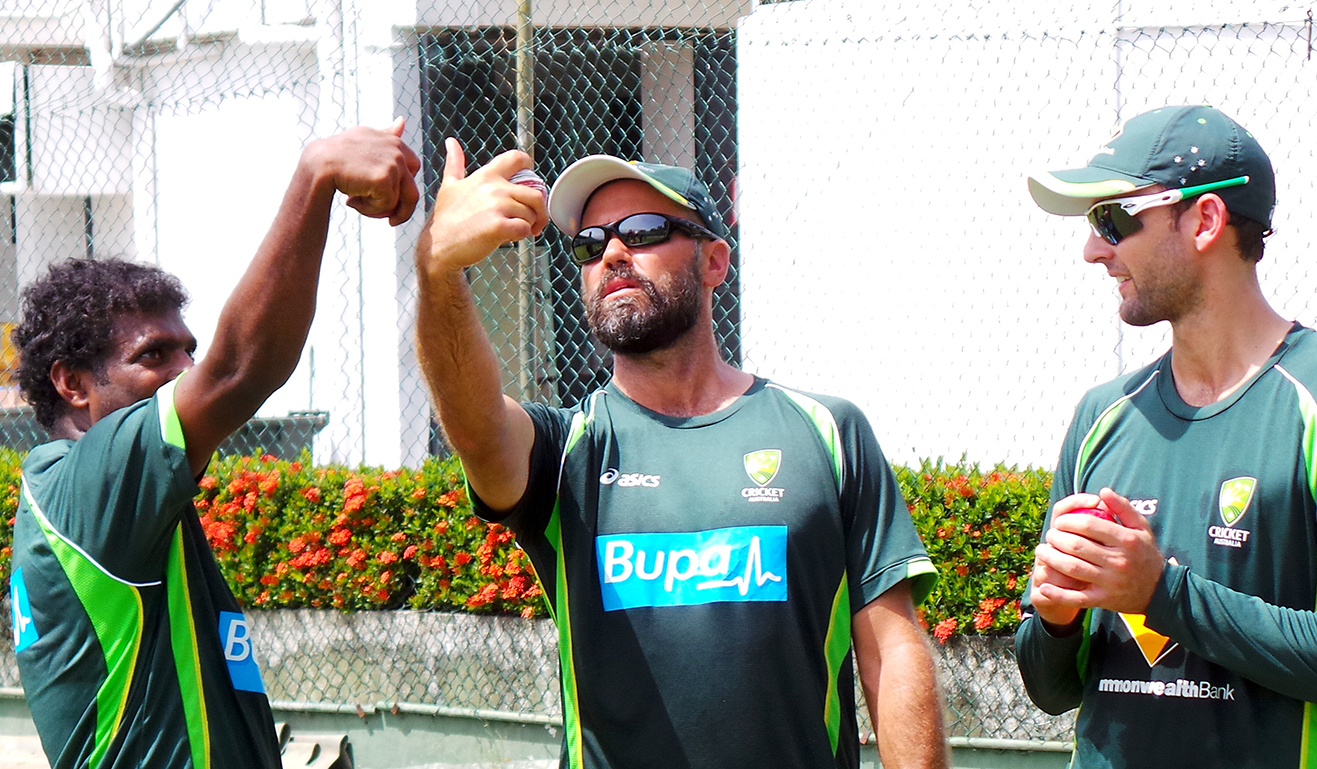 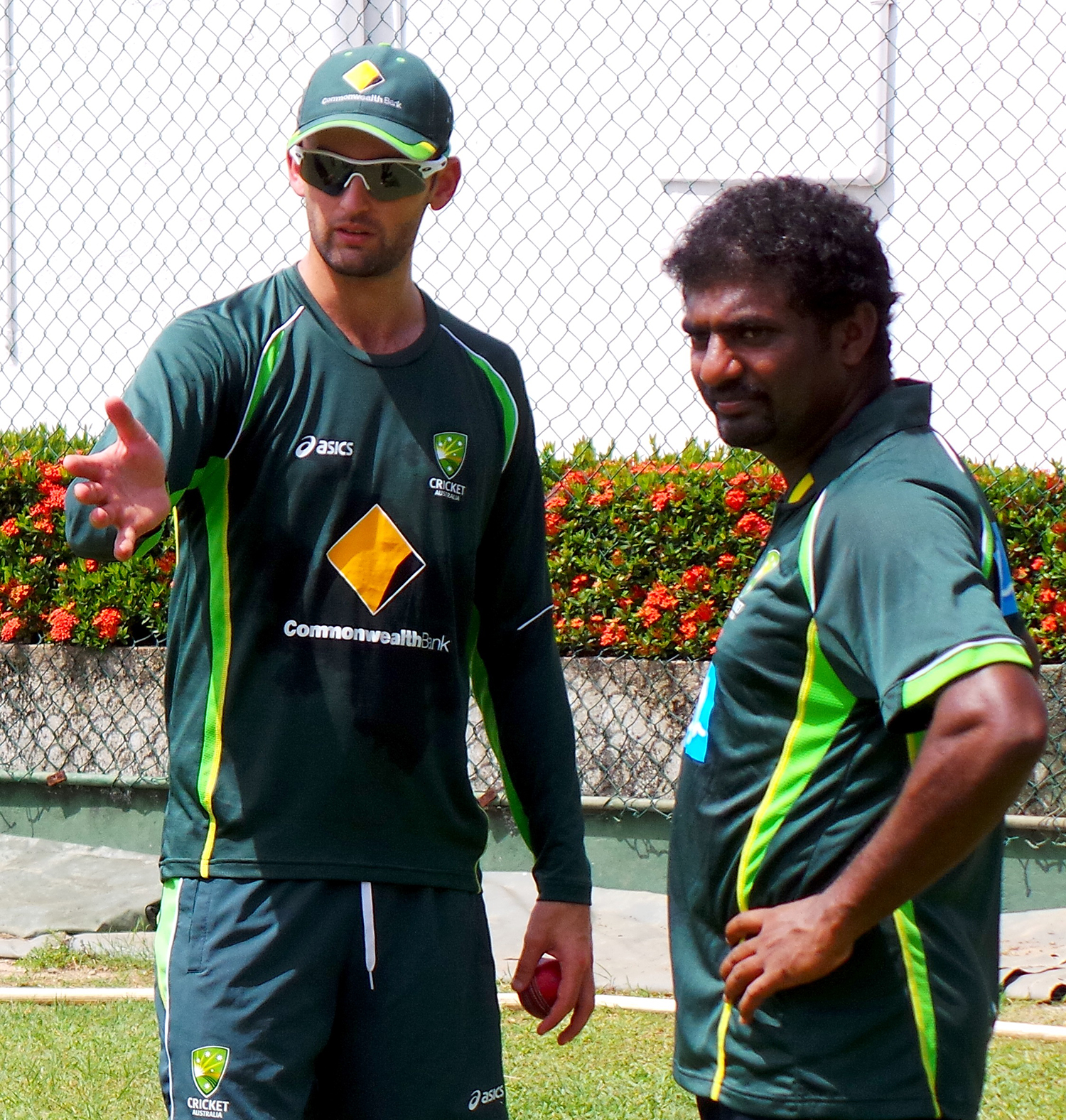 Sri Lanka’s Muttiah Muralitharan shares his knowledge with Australian spinner Nathan Lyon in Colombo on June 18, 2014, after it was announced that Cricket Australia had secured the services of the legendary spinner to act as spin consultant for Australia’s series against Pakistan in UAE this year. © Cricket Australia