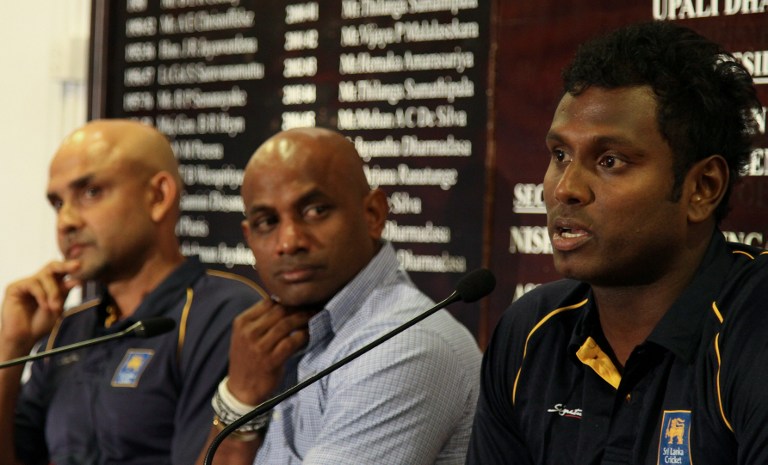 Sri Lanka's captain Angelo Mathews speaks to reporters, as coach Marvan Atapattu and chief selector Sanath Jayasuriya look on, during a press conference in Colombo on March 27, 2015. Jayasuriya said they will draw up new standards to ensure better fitness and take "hard decisions" about players who were below par during the World Cup. Sri Lanka, who were finalists in the two previous editions of the World Cup, lost to South Africa in the quater-final. AFP PHOTO / ISHARA S. KODIKARA