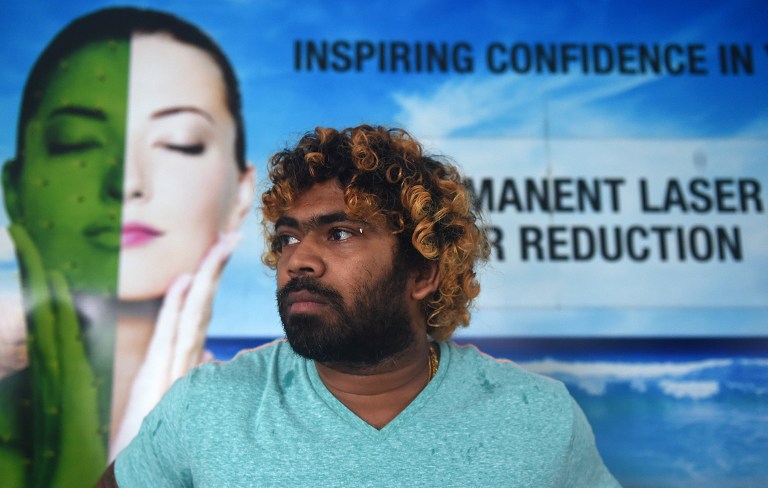 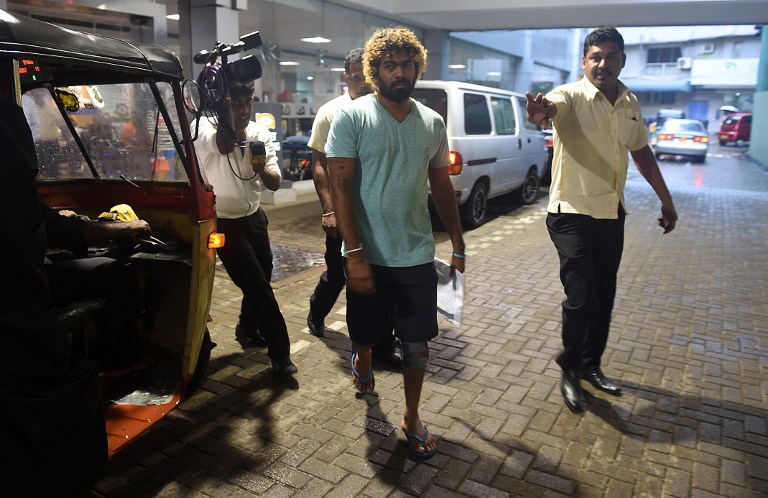 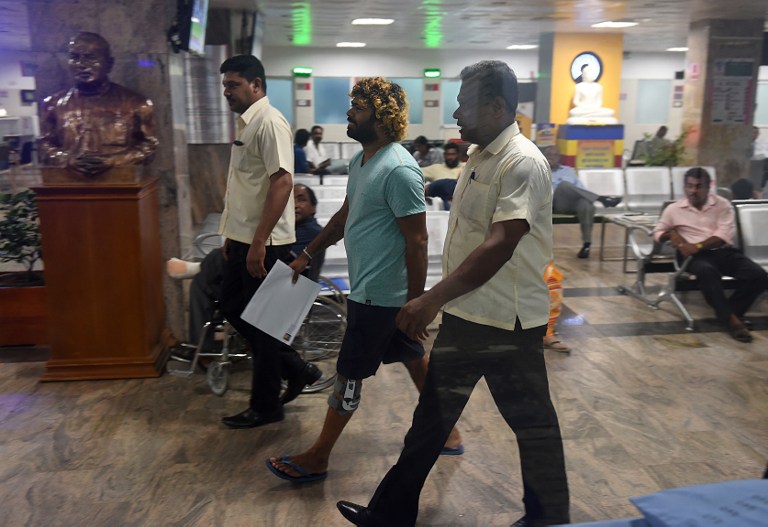 Lasith Malinga leaves a private hospital after a medical examination in Colombo on April 20, 2016. Sri Lanka Cricket (SLC) officials had recently insinuated that Malinga, who pulled out of the World Twenty20 tournament due to a reoccurring knee injury, would be fit for the Indian Premier League (IPL). However, doctors in India ruled him out of the IPL and SLC-appointed medical experts also confirmed that Malinga will require months to recover from a degenerative knee condition. © AFP PHOTO