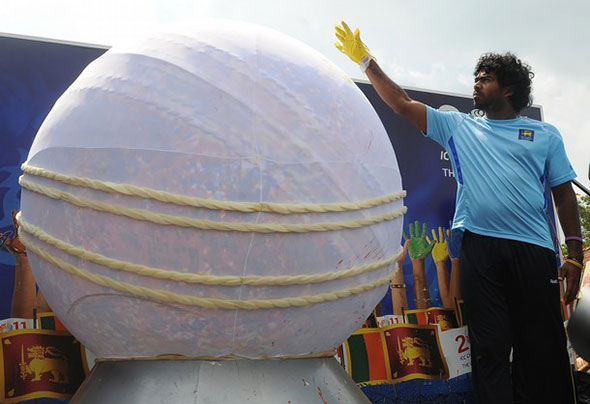 Lasith Malinga imprints his palm on a giant cricket ball during an event at Suriyawewa in the southern district of Hambantota on February 18, 2011. The cricket ball, together with a replica of Sri Lanka’s 1996 world cup, are touring the island to drum up public support ahead of the 2011 sub-continent world cup that will be played between Sri Lanka, India and Bangladesh from February 19, 2011 to April 2, 2011. AFP PHOTO/ Lakruwan WANNIARACHCH.