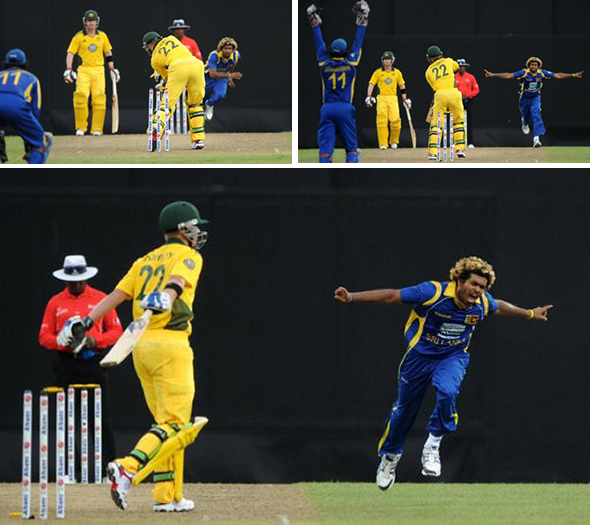 Lasith Malinga celebrates a hat-trick after the dismissal of Australian cricketer Xavier Doherty during the fifth and final One Day International between Sri Lanka and Australia at the R. Premadasa International Cricket Stadium in Colombo on August 22, 2011. Malinga became the first bowler to take three hat-tricks. AFP PHOTO/Ishara S.KODIKARA.