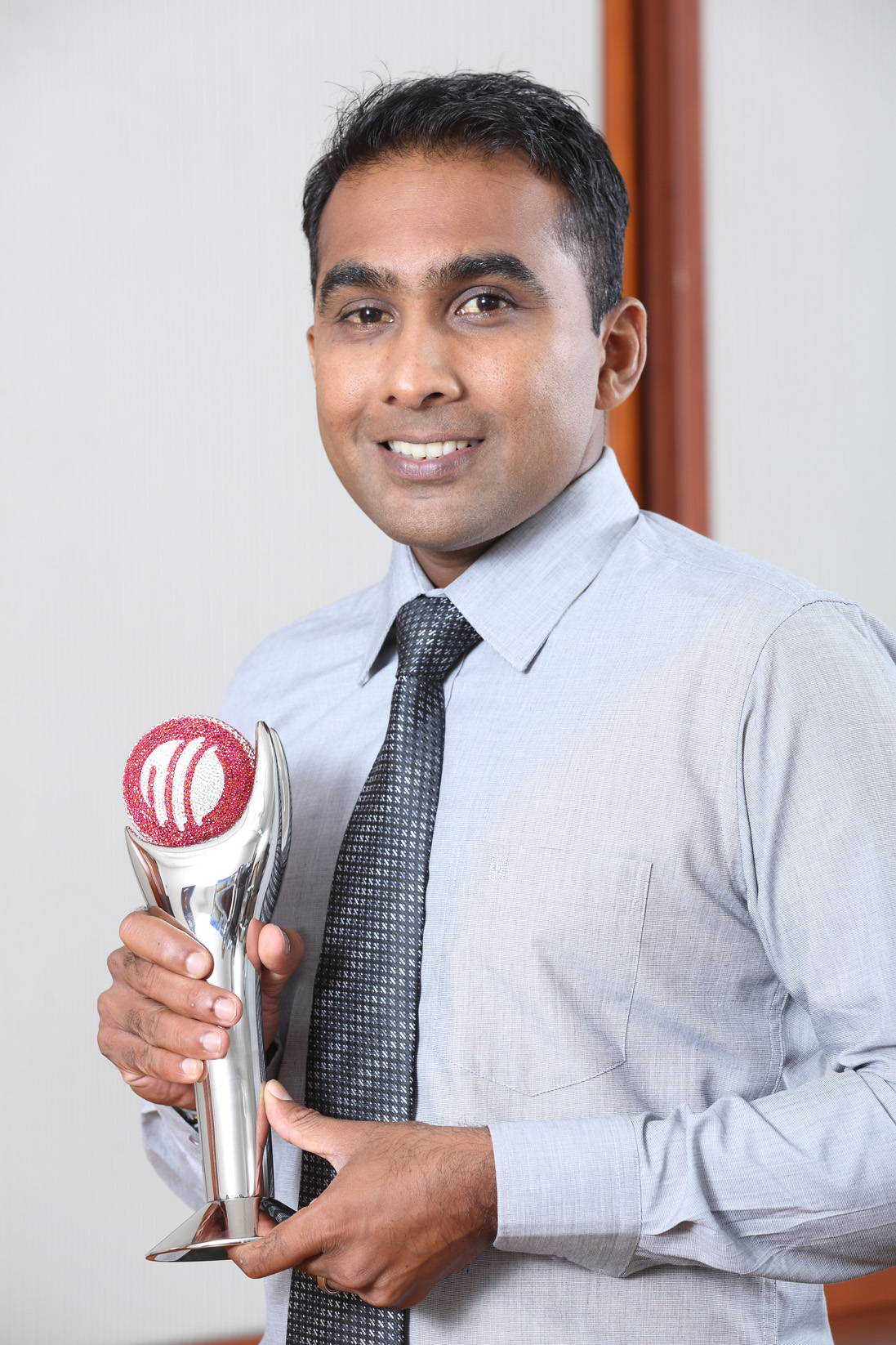 Mahela Jayawardene, who won the Spirit of Cricket award at the ICC Awards 2013, poses with his trophy. The ICC announced this year’s winners on December 13, 2013. Jayawardene was nominated for the award by a player from New Zealand who felt that Jayawardene’s honesty, during a Test match between Sri Lanka and New Zealand at Galle in 2012, should be acknowledged and rewarded. Batting on 91, with Sri Lanka on 229/7, Jayawardene gloved one to the keeper and walked off before the umpire raised his finger. It took place at a very crucial stage of the match, but Jayawardene walked nonetheless and without even waiting for an umpire’s decision. © AML/Lakshman Nadaraja