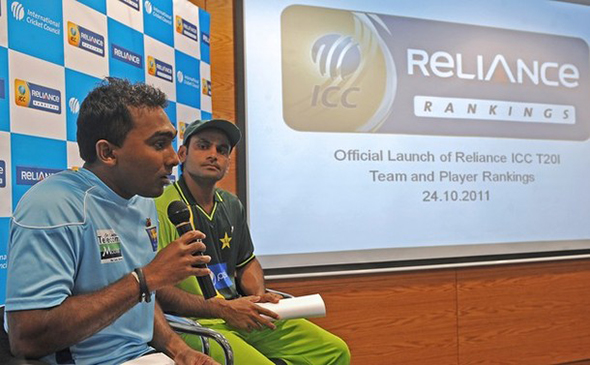 Mahela Jayawardena and Pakistan’s Mohammad Hafeez speak during the official launch of the ICC Twenty20 team and player rankings in Dubai on October 24, 2011. Reigning world champions England top the inaugural Twenty20 rankings announced for the popular format of the game. England, who won the the third edition of the World Twenty20 under Paul Collingwood in the West Indies last year, have a rating of 127 points and lead second placed Sri Lanka by just one point. AFP PHOTO/ Lakruwan WANNIARACHCHI.