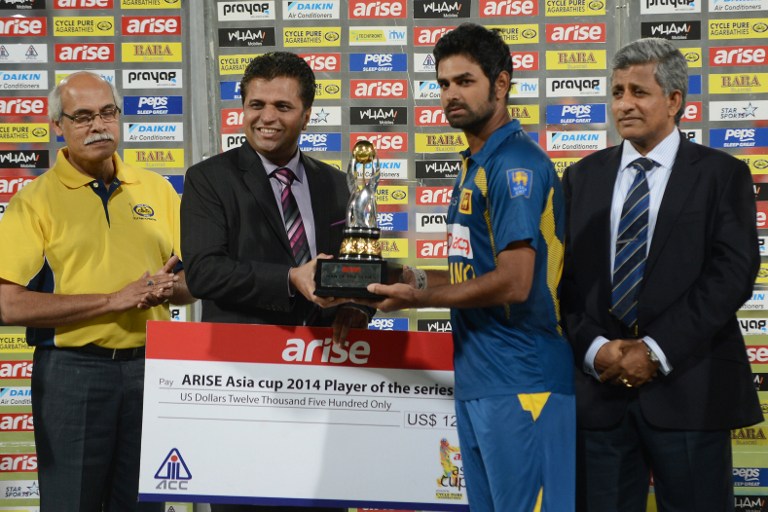 Sri Lanka’s opening batsman Lahiru Thirimanne won the player of the tournament award in the 2014 edition of the Asia Cup held in Bangladesh. Thirimanne is pictured here accepting his award at the conclusion of the final of the five-team tournament at the Sher-e-Bangla National Cricket Stadium in Dhaka on March 8, 2014. The 24-year-old finished the tournament as the highest run-maker, with 279 runs at an average of 55.80, which included two centuries. AFP PHOTO/Munir uz ZAMAN