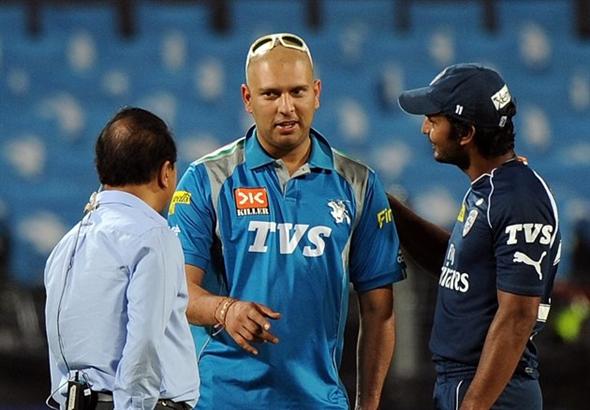 Yuvraj Singh (C) interacts with Deccan Chargers captain Kumar Sangakkara (R) and former Indian cricketer Sunil Gavaskar before the start of the IPL Twenty20 cricket match between Pune Warriors India and Deccan Chargers at the Sahara Stadium in Pune on April 26, 2012. Singh has vowed to return to cricket after recovering from a cancerous tumour but was unable to set a timeline for his comeback. The 30-year-old returned from the United States where he underwent chemotherapy treatment for a rare germ-cell tumour between his lungs. AFP PHOTO/Punit PARANJPE