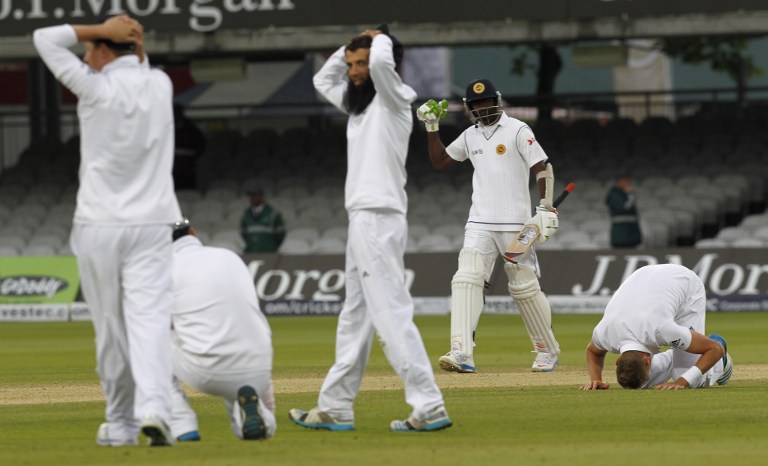 Disappointed England players react after failing to dismiss Sri Lanka’s last-man Nuwan Pradeep in the final remaining deliveries of the fifth day’s play in the first Test at Lord’s Cricket Ground in London on June 16, 2014, as non-striker Shaminda Eranga celebrates his side’s hard-earned draw in the background. England were celebrating victory in the previous delivery, when umpire Paul Reiffel gave Pradeep out. Sri Lanka’s No. 11 instantly reviewed the decision, which was eventually overruled as replays showed an inside-edge. AFP PHOTO/IAN KINGTON