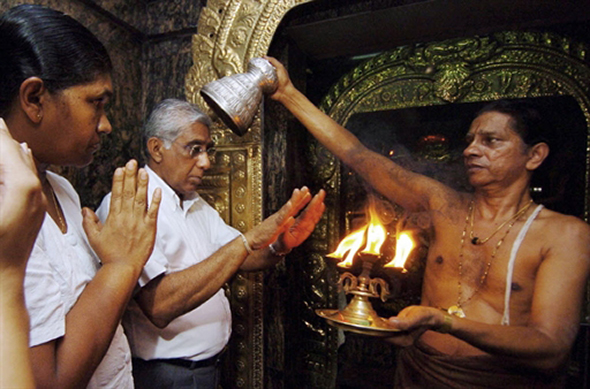 Taken in 2007, the parents of the then Sri Lankan cricket captain, Mahela Jayawardene, Sunila (L) and Senarath (2L) hold their hands in prayer as a Hindu priest blesses them at a special religious ceremony at a Hindu temple in Colombo on 27 April 2007. Cricket crazy Sri Lanka organised religious festivals throughout the country to invoke blessings on the national team ahead of the ICC Cicket World Cup 2007 final. AFP PHOTO/Lakruwan WANNIARACHCHI.