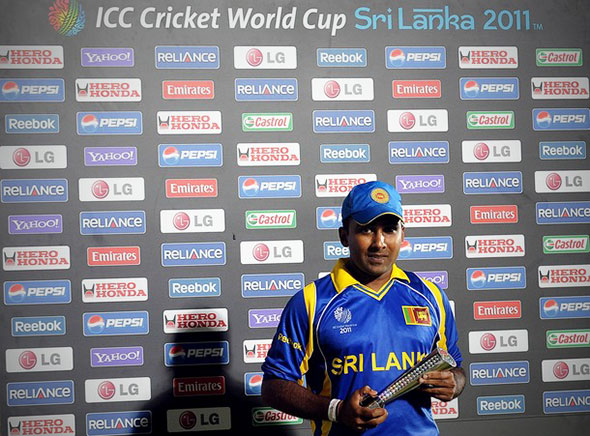 Mahela Jayawardene poses with the Man of the Match award after Sri Lanka’s victory over Canada in their opening game of the ICC Cricket World Cup 2011 played in Hambantota on February 20. Jayawardene smashed the fourth fastest World Cup century and the fastest century by a Sri Lankan batsman at a World Cup when he made 100 runs off just 81 balls. AFP PHOTO/ Lakruwan WANNIARACHCHI.