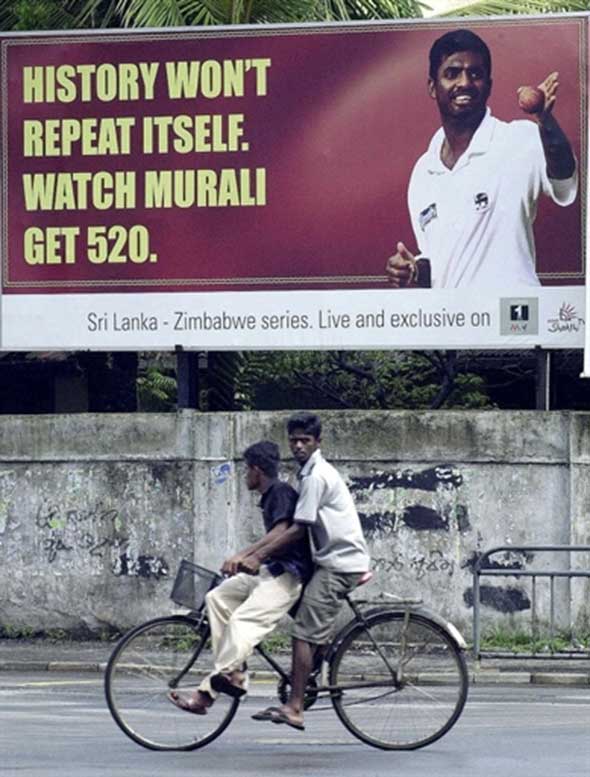 SRI LANKA, Colombo : Two Sri Lankan men ride past a billboard in Colombo, 05 May 2004, advertising television coverage of Sri Lanka’s Test series against Zimbabwe with a picture of star spinner Muttiah Muralitharan, who was set to break the world record for the most Test match wickets by any bowler. At the time, Muralitharan was just seven victims short of breaking retired West Indian paceman Courtney Walsh’s world record of 519 Test wickets. He went on to break the record shortly after, but Shane Warne surpassed Muralitharan in October 2004 to take the record when Muralitharan was out of action due to a shoulder injury, only to lose it again to Murali in 2007. AFP PHOTO/Sena VIDANAGAMA.