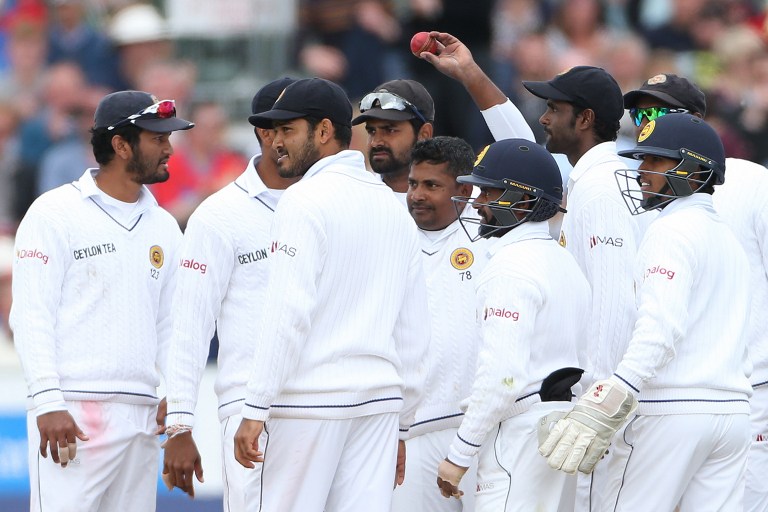 Rangana Herath celebrates after reaching 300 Test wickets on the second day of the second Test match between England and Sri Lanka at the Riverside in Chester Le Street, north-east England on May 28, 2016. Herath joined Muttiah Muralitharan and Chaminda Vaas as the only Sri Lankans to have 300 scalps in Test cricket. © SCOTT HEPPELL/AFP