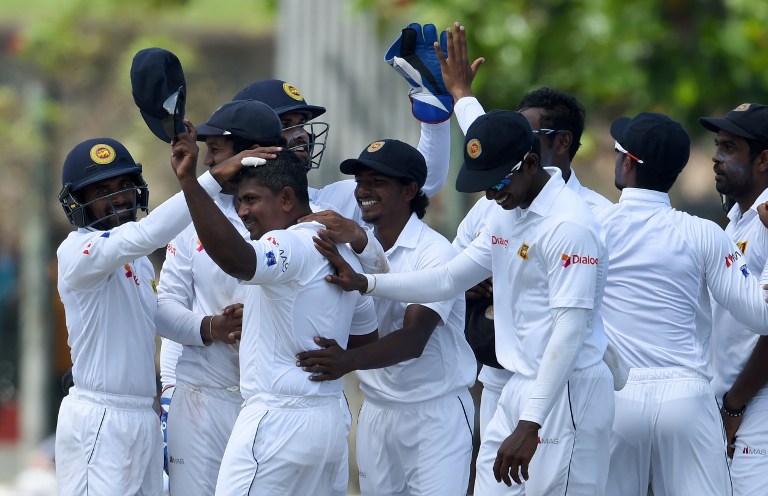 Rangana Herath celebrates after taking a hat-trick against Australia on day two of the second Test match at Galle on August 05, 2016. Herath became only the third left-arm spinner in Test cricket history to achieve the feat and the second Sri Lankan to claim a Test hat-trick. © AFP PHOTO