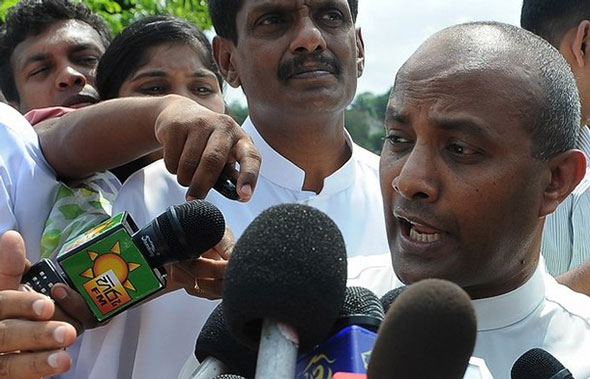 Sri Lanka’s former captain Hashan Tillakaratne speaks to reporters in Colombo on May 3, 2011. Tillakaratne said that he will share information on matches fixed during his career with the International Cricket Council (ICC) shortly, and added that since making his revelation, that match fixing was common in Sri Lankan cricket since 1992, he says that he has received death threats. AFP PHOTO/Lakruwan WANNIARACHCHI.