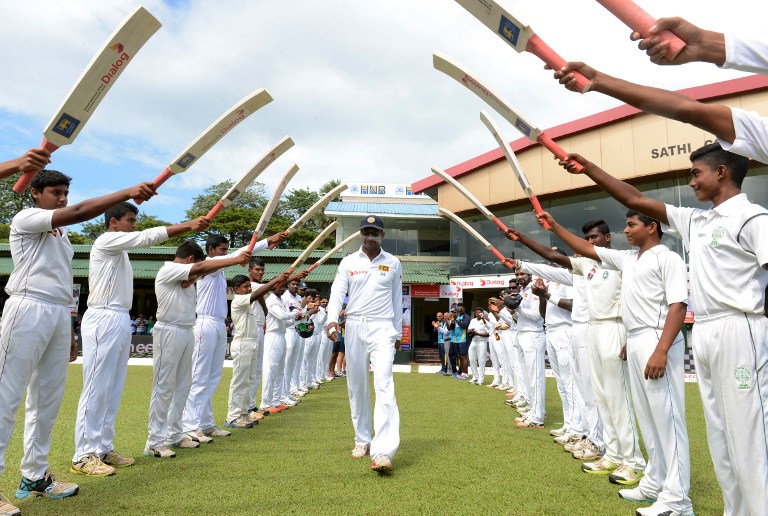 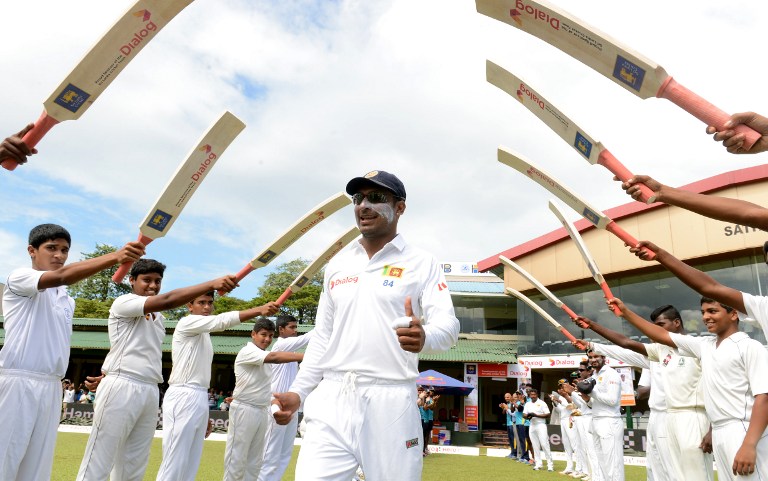 Kumar Sangakkara receives a guard of honour as he goes out to field during the opening day of the second Test match between Sri Lanka and India at the P. Sara Oval in Colombo on August 20, 2015. Sangakkara previously announced he will retire from international cricket at the end of the second Test. © AFP PHOTO / LAKRUWAN WANNIARACHCHI