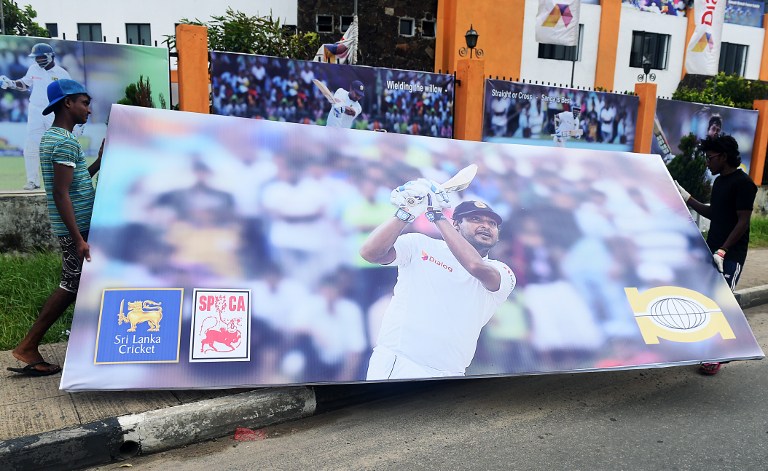 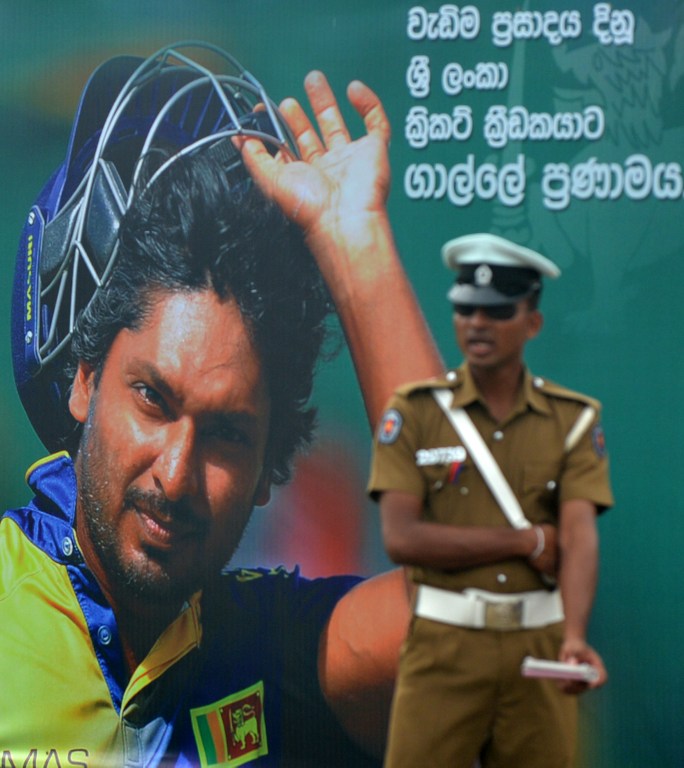 Billboards featuring Sri Lankan cricketer Kumar Sangakkara go up around the Galle International Cricket Stadium in Galle on August 11, 2015. The first Test between India and Sri Lanka on August 12 will be Sangakkara's last Test match at Galle. The left-hander has announced that he will retire from Test cricket, and with it all forms of international cricket, after the second Test of the three-match series against India. AFP PHOTO / ISHARA S. KODIKARA