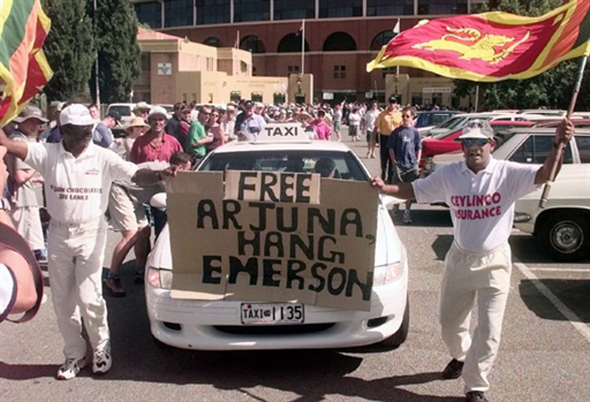 Sri Lankan cricket fans protest the innocence of their captain, Arjuna Ranatunga, in front of the taxi he is travelling in. Ranatunga was leaving a disciplinary hearing at the Adelaide Oval on 26 January, 1999. The Sri Lankan captain faced charges by match referee Peter Van Der Merwe of breaching the International Cricket Council code of conduct, after he took the Sri Lankan team off the field in the middle of an ODI after bowler Muttiah Muralitharan was called for chucking by umpire Ross Emerson. ©AFP/BEN CURTIS.