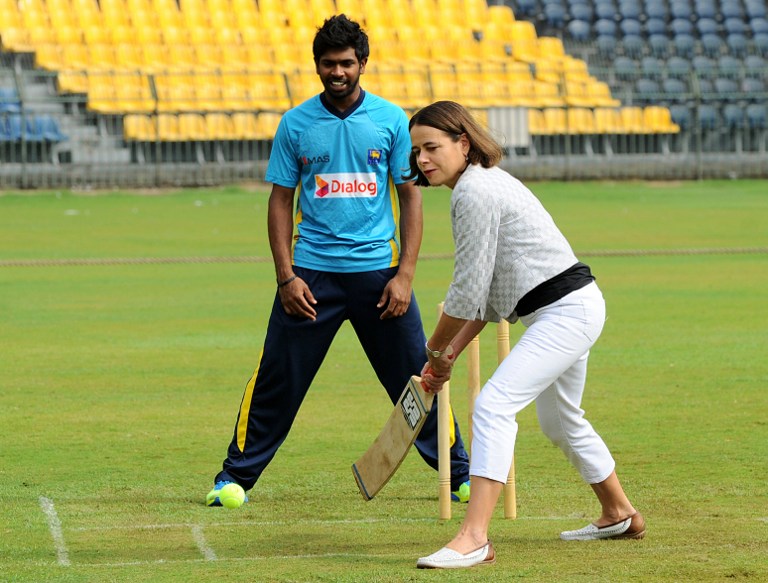 Australian High Commissioner to Sri Lanka Robyn Mundie attempts to play a shot as Sri Lankan cricketer Niroshan Dickwella looks on, during the launch of a reconciliation through sports cricket tournament organised by the Australian High Commission, at the R Premadasa Stadium in Colombo on February 10, 2015. A youth cricket tournament to promote reconciliation and sportsmanship coinciding with the ICC Cricket World Cup 2015 hosted by Australia and New Zealand, has been launched in Sri Lanka.Teams will compete within their district in a knock out stage and thereafter the winners of each district will compete for a place in the final. The final will be played in Mullaitivu in March. AFP PHOTO / ISHARA S. KODIKARA