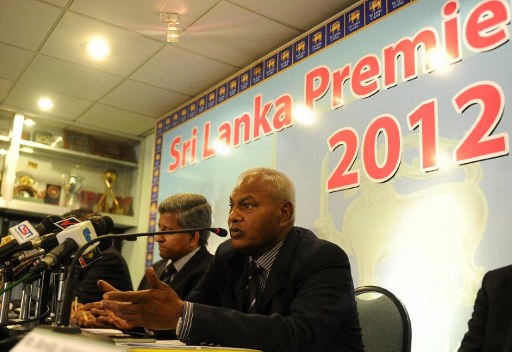 Sri Lanka Cricket (SLC) chairman Upali Dharmadasa speaks during a press conference in Colombo on May 14, 2012. Sri Lanka will host a Twenty20 tournament in August in an attempt to emulate the success of the highly popular Indian Premier League (IPL), the island’s cricket authorities announced. The Sri Lanka Premier League (SLPL) will be played in Colombo and Pallekele from August 10 to 31 and will feature yet-to-be named world players, the board said in a statement. AFP PHOTO/LAKRUWAN WANNIARACHCHI