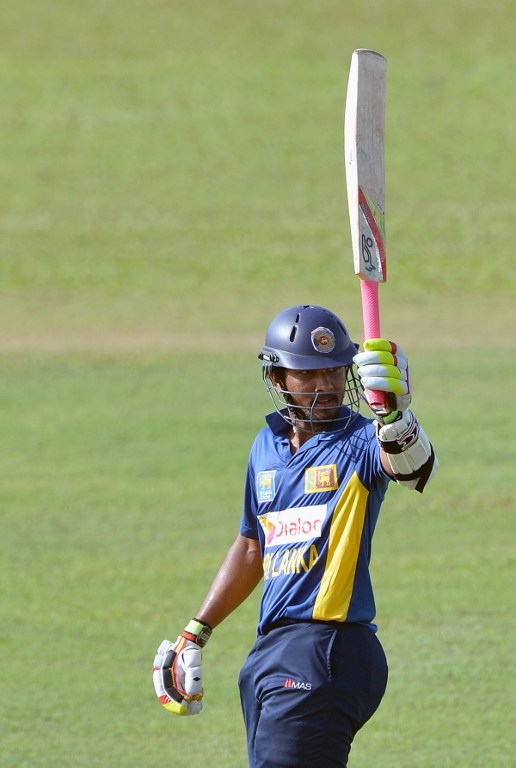 Dinesh Chandimal raises his bat after scoring a half-century during a warm-up match between Sri Lanka Board President’s XI and South Africa in Colombo on July 3, 2014. South Africa will play three ODIs and two Test matches in Sri Lanka between July 6 to July 28, 2014. AFP PHOTO/Ishara S. KODIKARA