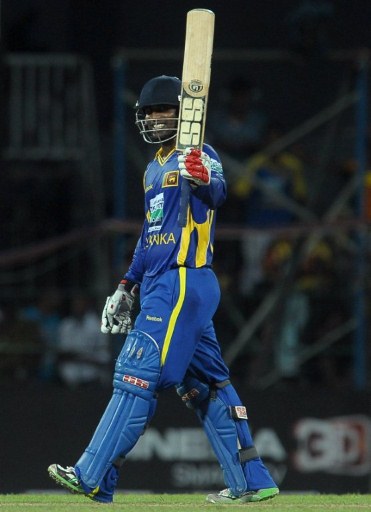 A relieved Chamara Silva acknowledges the applause from the crowd after scoring a half-century during the fifth and final One Day International against Australia at the R. Premadasa International Cricket Stadium in Colombo on August 22, 2011. Silva faced criticism going into the game by fans and the media over his selection. AFP PHOTO/ Lakruwan WANNIARACHCHI.